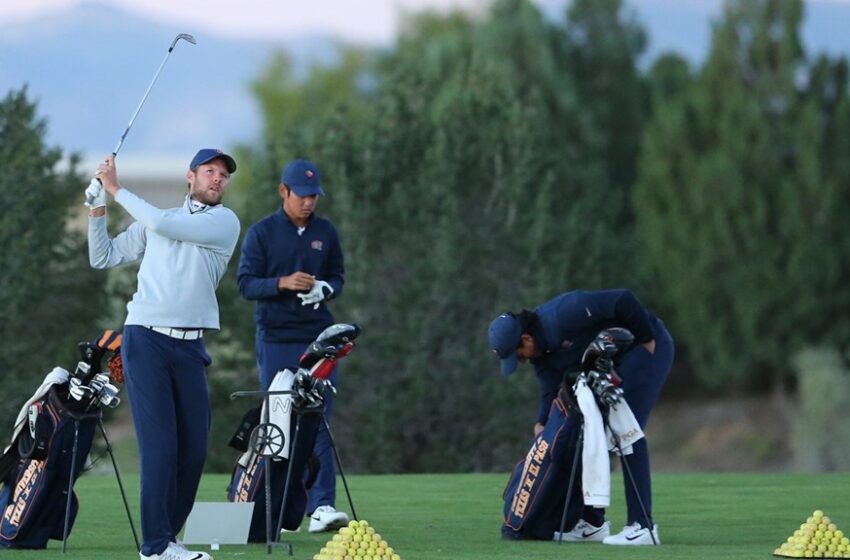 BANDON, Or.- The UTEP men’s golf team marked its fifth top-10 finish of the season after placing ninth out of 14 teams at the Bandon Dunes Championship on Tuesday in Bandon, Or.

Senior Nicklas Pihl topped the Miners’ scorecard for the first time this spring after firing a low-round of 70 on the final day to compile a 1-under 212 (71-71-70) tournament total and a share of 15th place. Pihl picked up three birdies, all on Par 5s, in the final run to bring his tournament total to a team-best 11 while also getting 34 pars.

Five birdies helped Oskar Ambrosius shoot his low-round of the tournament for a 7-over 220 (72-79-69) total, tying for 53rd on the leaderboard. Ambrosius finished the tournament with seven birdies, 32 pars, and an eagle. Settavut Paradee finished in 63rd place with a tournament total of 10-over 223 (71-75-77). Paradee picked up 33 pars and seven birdies throughout the Bandon Dunes.

Together, the Miners led the field in pars with 168, while adding 41 birdies.

Next up for UTEP will be a trip to the Alamo City to compete in the Lone Star Invitational, hosted by UTSA, March 19-20. Live stats will be available via golfstat.com.