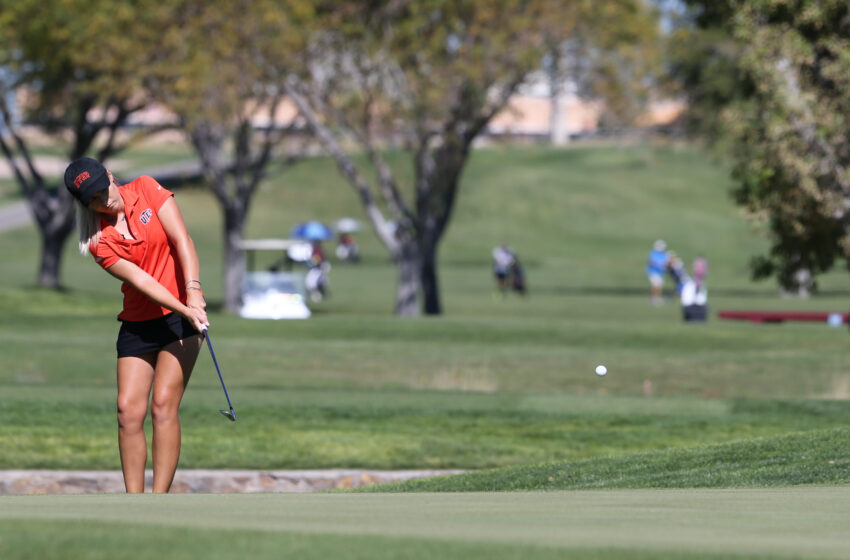 The fall golf season is underway, with both the men’s and women’s teams tied, but in very different situations.

The UTEP women’s golf team, in its first action of the 2018-19 season, is tied for the lead with 36 holes complete at the MSU/Payne Stewart Memorial at Twin Oaks Country Club (par 71, 6,000 yards).

Meanwhile, the UTEP men’s golf team teed off its 2018-19 season at the Lone Star Invitational on a rainy Monday afternoon. After the shotgun start time of 8 a.m. CT, heavy rain delayed play for four hours. When play did resume, the Miners ended the first day shooting 313 (+25) and ranking tied for 13th at the TPC San Antonio Oaks Course (Par 72, 7,435 yards).

UTEP sophomore Santiago Castilla shot a 77 (+5) to lead the Miners and ranking tied for 42nd after 18 holes. Ben Getman, Settavut Paradee and Oskar Ambrosius (participating as an individual) are each ranked tied for 49th after shooting a 78, while Eduardo Gonzalez and true freshman Marcus Khaw are ranked tied for 68th after posting an 80.

For the men, he first day of competition was reduced to 18 holes due to the heavy showers. The 15 programs will play the final 36 holes on Tuesday (8 a.m. CT shotgun start) to complete the tournament.

The women returned to action Tuesday for the final round scheduled for an 7:30 a.m. MT shotgun start.