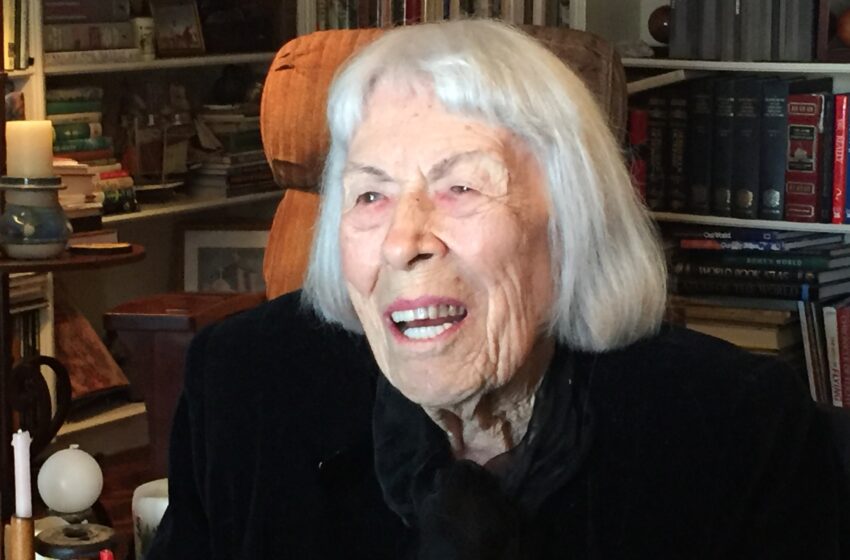 Dawkins is an award-winning Professor Emerita of Marketing and Management who joined the faculty in 1965 and retired in 1984.

Dawkins is well remembered by her students and built a reputation as a tough grader. When asked what her favorite part of teaching was, her eyes lit up and she said with a smile, “I didn’t think of myself as a teacher. I created the climate for learning.”

She shared that she likes when students contact her or send her cards thanking her and sharing their success. There’s no question she impacted the lives of those inside and outside her classroom. Jackson Curlin is one former student who became a family friend and hosted Tuesday’s gathering.

“I feel fortunate to know her,” Curlin said. “I think it’s wonderful she’s lived this many years. I feel certain that her legacy, if it has touched 100,000 people, it will soon touch 1 million people because of the students that she has turned out and students that continue to benefit from her generosity.”

Even after her retirement, Dawkins maintained her ties to the university through volunteer work with organizations such as the Heritage Commission and scholarship funds that benefit business students.

One of Dawkins’ favorite UTEP assignments was leading the team that oversaw the design of UTEP’s Business Administration Building, which opened in 1982.  She also led the committees that recommended the building’s furnishings and equipment.

Despite beating UTEP to the century mark, Dawkins still attends campus events and enjoys speaking with and advising students at scholarship functions.

“I am just proud to be part of UTEP, to have gone to Texas Western,” Dawkins said.

She is still in good health, attends services at First Baptist Church twice a week and visits those who can’t attend church every week with her niece Carol Ann Olachia.

“She’s just positive, always been positive,” Olachia said. “She’s 102 and still positive. It’s a great life lesson for me and I know for many others as well.”

When asked about her secret to long life, Dawkins said faith, family and friends. As for advice for others, she said, “Give it all you got. Don’t play around.”