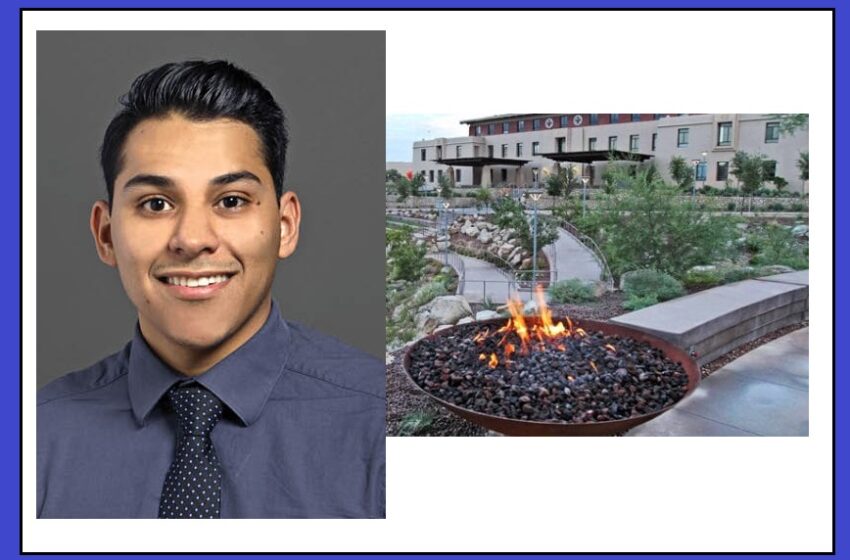 The Society for Neuroscience announced recently that Israel Garcia-Carachure, a behavioral neuroscience doctoral student at The University of Texas at El Paso (UTEP), would be one of its 2021-23 Neuroscience Scholar Program (NSP) fellows.

This is among the most prestigious fellowships offered to early-stage researchers in the neuroscience field. Most NSP fellows come from the nation’s top tier research universities. Garcia was among 18 fellows selected from a group of national applicants.

The first-generation college student said he was thrilled with the fellowship, which begins this fall, and said he may be the first Miner to be an NSP fellow. Regardless, he said he would be proud to represent UTEP and its Department of Psychology.

He thanked representatives from the University’s Louis Stokes Alliances for Minority Participation (LSAMP) Bridge to the Doctorate program and his adviser, Sergio Iñiguez, Ph.D., associate professor of psychology and director of UTEP’s Iñiguez Behavioral Neuroscience Lab, for how they prepared him to succeed. He said the LSAMP program gave him financial support, and helped him develop his professional skills as well as provided access to supportive mentors.

“These resources facilitated my research-related achievements significantly as they allowed me to excel and focus on my research studies in Dr. Iñiguez laboratory,” Garcia-Carachure said. “Dr. Iñiguez’s continuous support to ensure his students succeed as scientists has strengthened my research career.”

The Southern California native, who grew up in Moreno Valley, said the Iñiguez lab provided him with rigorous research training to include writing and communication skills, which are vital for an independent investigator. Garcia-Carachure added that Iñiguez emphasized the significance of research publications, and that helped him secure the NSP fellowship.

The doctoral student has co-authored 10 manuscripts in top peer-reviewed journals within the field of pharmacology, psychiatry and neuroscience. The journals include Biological Psychiatry, Neuropsychopharmacology, and Proceedings of the National Academy of Sciences of the United States of America.

Garcia-Carachure’s productivity is a testament to his sincere interest in neuroscience-related research, said Iñiguez, who added the graduate student to his lab when he started his doctoral studies in fall 2017. The professor lauded the young researcher as someone who maximizes every opportunity.

“Israel is the type of graduate student that every professor wants to have in her/his research team,” Iñiguez said. “He is hard-working, intelligent, resilient and affable – qualities that make him a pleasure to have in the laboratory. Furthermore, because of his Mexican ethnic heritage, he is also a role model for all other students at UTEP seeking graduate level training.”

The fellowship comes with some travel funds, up to $1,500 in enrichment funds to support certain professional development activities, and access to a team of mentors that includes a member of the Neuroscience Scholars Program who will assist Garcia-Carachure with research, career plans and overall experience.

His fellowship responsibilities include the completion of his proposed evaluation of the long-term effects of ketamine exposure during adolesence, and attendance at the annual Society for Neuroscience conference where he will present his research findings. He also will participate in professional development activities, such as NSP webinars on-demand and NSP live chats.

After he earns his Ph.D., the UTEP alumnus plans to secure a postdoctoral fellow position to expand his research skills. Eventually he wants to establish his own research lab as an independently funded investigator where he hopes to recruit and mentor underrepresented trainees who are interested in pursuing careers in science, technology, engineering and mathematics to enhance diversity in science.