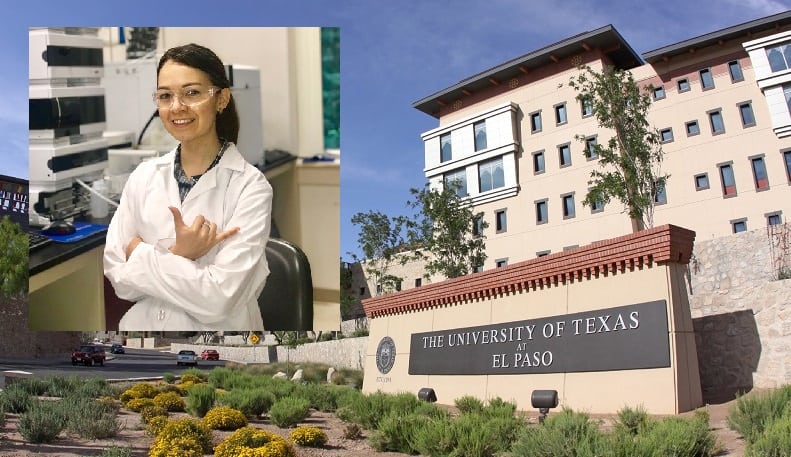 The work of UTEP alumna Nubia Zuverza-Mena, Ph.D., was mentioned in The National Nanotechnology Initiative Supplement to the President’s 2019 Budget, a report prepared for President Donald Trump by each federal agency.

The document highlighted Zuverza-Mena as part of a team working to boost the “immune system” of plants by supplying them with nanoscale micronutrients.

Her educational field is in nanotechnology — the study of the ultrafine particles of material that are the focus of emerging technology in agriculture.

As an undergraduate she conducted research on the use of plants to remove heavy metals from the environment. As a master’s student, she engaged in a tissue engineering research opportunity that was the precursor to the College of Engineering’s bioengineering program that is currently thriving on campus.

Her initial stint in the private sector came as a components engineer for Johnson & Johnson in Mexico after she earned her master’s degree. She helped oversee the manufacture of angioplasty balloons for use in medical procedures.

She returned to UTEP where she began to work with Jorge Gardea-Torresdey, Ph.D., the Dudley Professor of Chemistry and Environmental Science and Engineering.

Gardea-Torresdey is one of the preeminent names in the field of nanotechnology. Most recently, his work was published in the August 2018 edition of Nature Nanotechnology, one of the world’s leading monthly peer-reviewed scientific journals.

Under Gardea-Torresdey’s tutelage, Zuverza-Mena began her foray into the effects of nanotechnology.

She eventually parlayed her efforts into a postdoctoral assignment at the Connecticut Agricultural Experiment Station as assistant scientist.