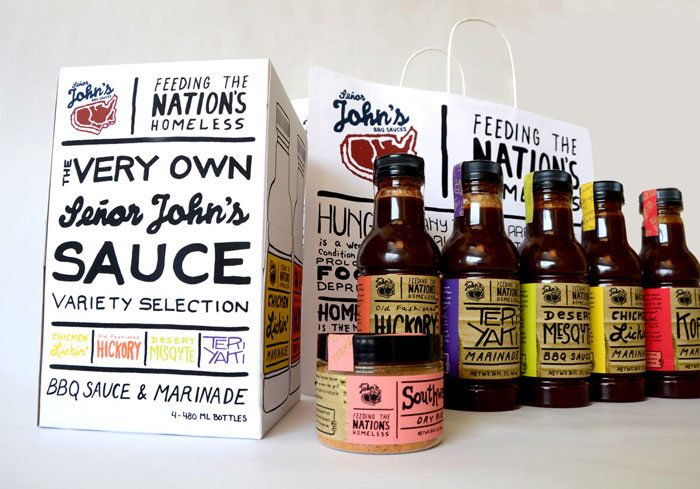 The campaign for his Señor John’s BBQ sauces, marinades and rubs included the design of a stationery system, shopping bags, a point of purchase display and a four-bottle package design kit.

Though now discontinued, proceeds from the sales of the products were distributed by the Feeding the Nation’s Homeless Foundation to nonprofit and governmental agencies that feed the hungry.

The inspiration behind each of the designs was cardboard signs sometimes used by homeless people.

Mondragon adds, “Each flavor label had a different color, all which were bright to contrast the cardboard texture. I also tried to design the shopping bag in a way that served not only for consumer purposes, but also as an informational point of reference about homeless facts. Instead of just walking around showing a brand, the bag sent a message and provided opportunities for future conversations about homelessness, a big problem in America.”

The former students involved with the project are Mondragon and Berenice Mendez as well as UTEP Art Associate Professor Antonio Castro H.