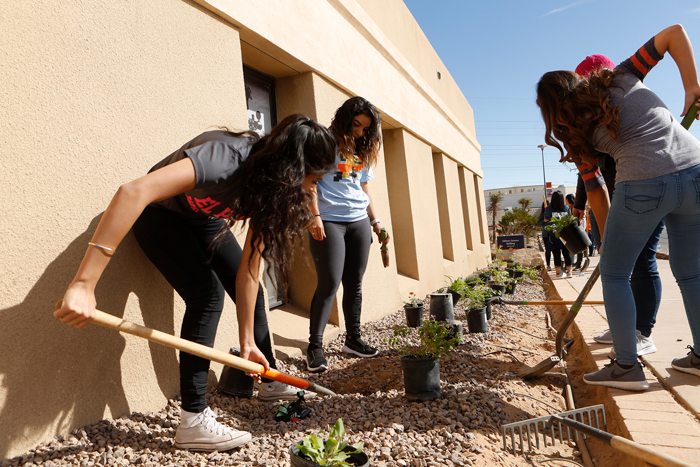 More than 200 UTEP students participated in the beautification of the grounds outside the University’s Military Science Building as part of the third annual Greek Day of Service on Friday, November 3, 2017, which was Texas Arbor Day.

Members of 15 campus fraternities and sororities dug irrigation ditches, moved landscape rocks, and planted trees, shrubs and flowering plants as a way to give back to the University. Organizers estimated the participants donated more than 600 volunteer hours before they finished in mid-afternoon.

The students’ gloved hands used shovels and hard rakes to accomplish their goals as the sounds of music, laughter, conversation and a bulldozer filled the job site. They were supervised by members of UTEP’s grounds team.

“It’s always good to help,” said Alex Urquidi, a junior finance major who was joined by about 10 of his Omega Delta Phi brothers. He spent part of his morning digging a trench.

Another first time participant was Antonia Taylor, a sophomore multimedia journalism major, who is a member of Kappa Delta Chi and the Greek Program Board. She arrived early and helped with registration before helping to dig an irrigation trench. Later she planned to be part of a planting brigade.

“My back hurts,” she said with a wide smile, but added that these events are an opportunity for the public to know that Greek life is more than just parties. “I enjoy helping to make my campus look better one rock at a time.”

The students did a fantastic job, said Diana De La O, UTEP’s horticulture supervisor. She was on her hands and knees working alongside students who were planting evergreens and flowering plants around irrigation lines along Glory Road, and answering their gardening questions.

“These kids are awesome,” she said.

“They see this as part of an ongoing partnership with the University,” Rascon said as volunteers moved all around her. “The students are passionate about leaving their mark. It is part of their legacy. They hope the work they do today will be enjoyed for years to come.”

Army Capt. Patrice Ingram, assistant professor of military science, said she has worked at UTEP for 2-1/2 years and she is grateful for the landscaping efforts by the students and noted the professionalism of the University grounds crew.

“A visually appealing building increases the value and attracts students to the area,” Ingram said. “The new plants and flowers definitely provided an improvement.”

Bruce Erhard, UTEP’s grounds manager, stopped trimming a creosote bush along Glory Road to compliment the students for their diligence to enhance the look, safety and accessibility of the University.

“I think this is a testament to who they are,” he said. “They are not doing this for recognition. It is a tribute to the UTEP spirit.”

The students previously beautified areas near the Sun Bowl Parking Garage and the Geological Sciences Building. 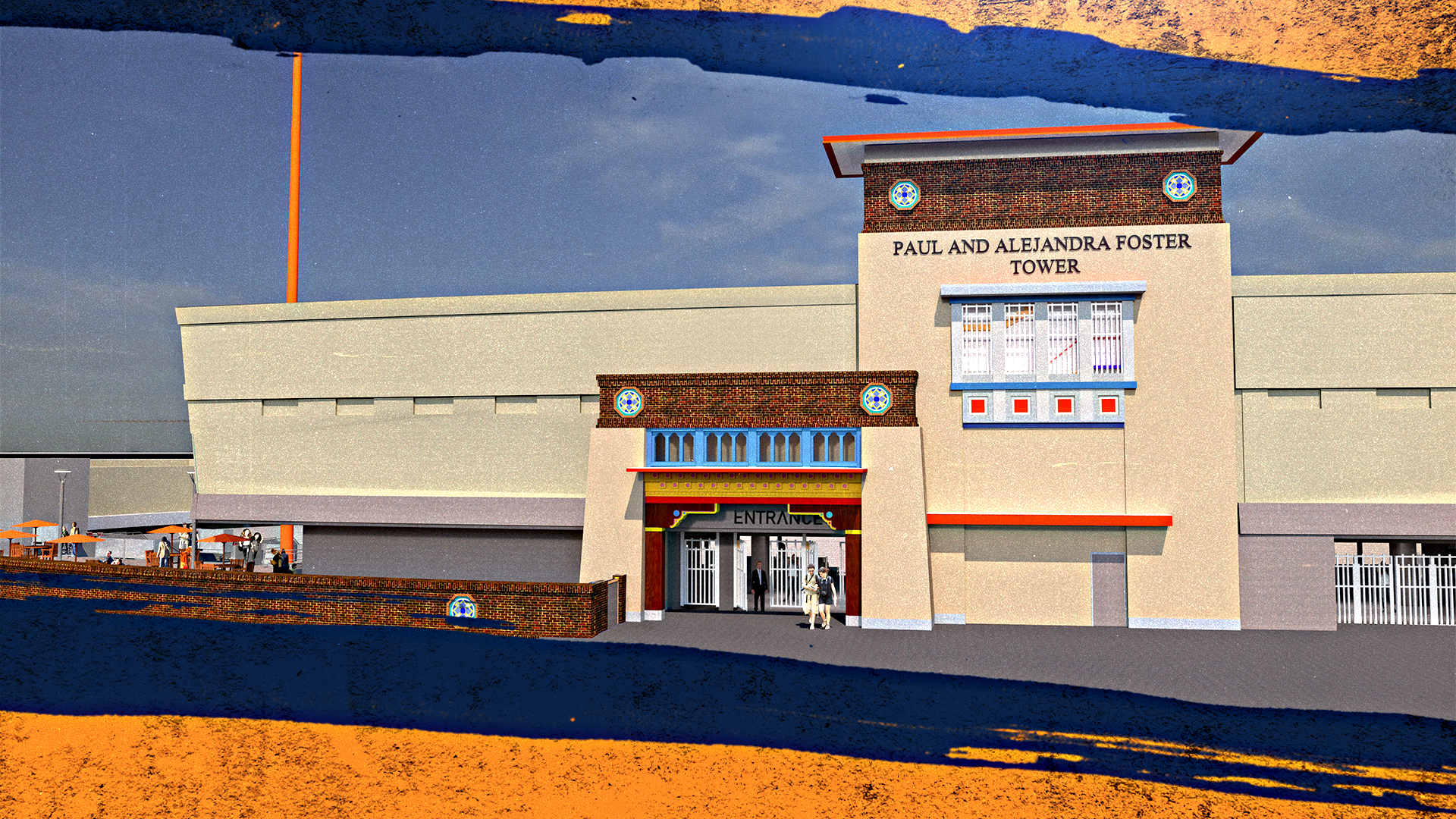