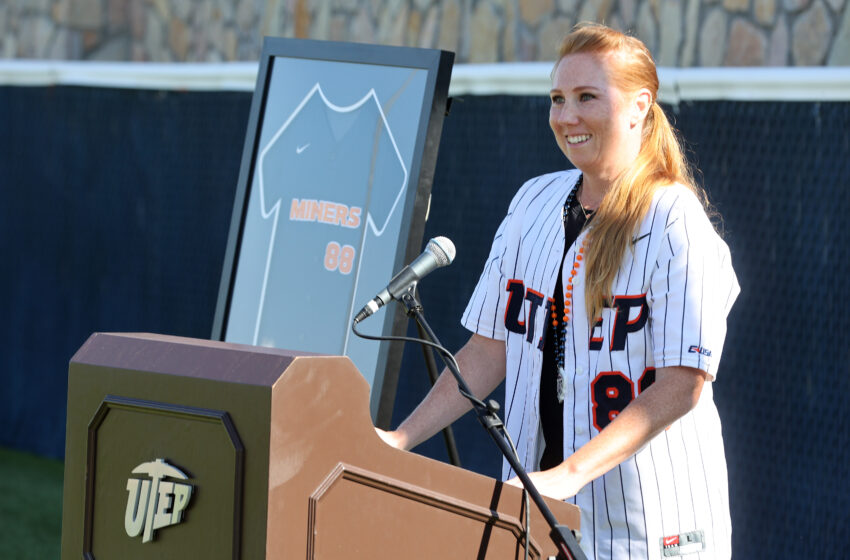 UTEP former softball standout pitcher Stacie Townsend was honored this weekend by retiring her No. 88 jersey – a first in program history.

UTEP Softball hosted the #88 Retirement Ceremony Saturday, Oct. 2 at at the Helen of Troy Softball Complex.

Hailing from Orlando, Florida, Townsend became one of the most storied UTEP softball players of all time. Her four-season career (2007-2010) spanned some of UTEP softball’s most successful years.

Townsend is one of the most decorated student-athletes in program history. Along with former teammate and current Assistant Coach Camilla Carrera, they are the only two softball players to be inducted into the UTEP Athletics Hall of Fame. Townsend was a finalist for NCAA Woman of the Year during her senior year with the Miners. Her 2010 honors also included Louisville Slugger/NFCA Division I Player of the Week and ESPN The Magazine Academic All-America First Team after being tabbed ESPN The Magazine All-District VI First Team. She was recipient of the NCAA Postgraduate Scholarship and the C-USA Jim Castañeda Postgraduate Scholarship.

Our very own Ruben R. Ramirez was at the ceremony, and we bring you his view via this gallery.