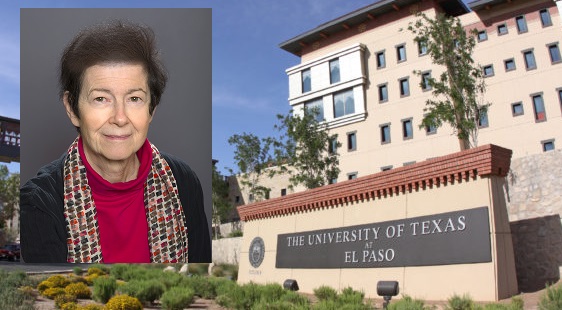 The National Endowment for the Humanities (NEH) recently awarded a one-year grant to The University of Texas at El Paso’s Sandra McGee Deutsch, Ph.D.

The NEH gran will assist Dr. Deutsch to develop a book about Victory Board experiences that will engage scholars interested in global antifascism, fascism, populism, democracy, feminism and women’s social movements to include a Latin American case.

The Victory Board was a large group of Argentine women who sent aid to the Allies, supported democracy and women’s rights within and outside their country, and cultivated strong ties with like-minded women in other nations, McGee Deutsch explained.

McGee Deutsch, a professor of history, is the project’s principal investigator. The title of her research is “Engendering Antifascism: The Argentine Junta de la Victoria (Victory Board) in Transnational and Comparative Perspective, 1930-1946.”

McGee Deutsch is a prolific author. Her articles and book chapters have appeared in publications around the world. She teaches undergraduate and graduate courses on South America and women, gender, and Jews in modern Latin America.

At the graduate level, she also teaches about global fascism, antifascism and populism.