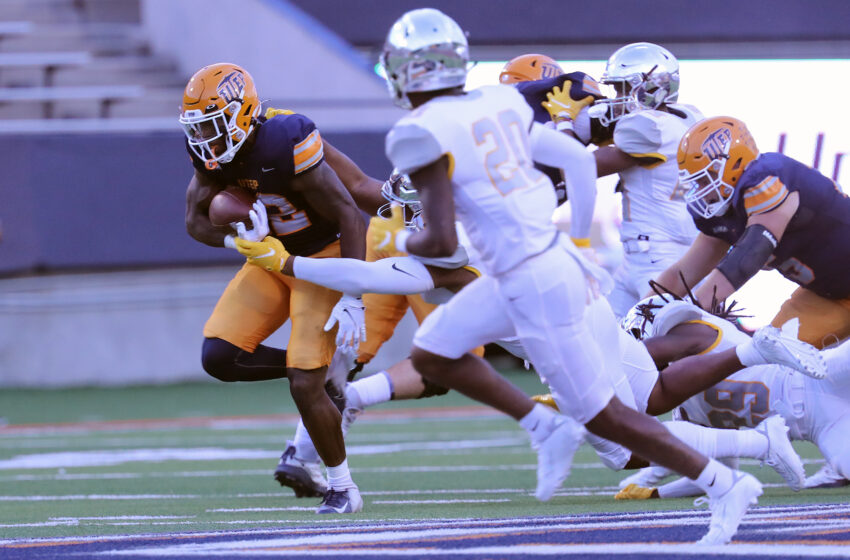 The UTEP Miner Football Team defeated the Bethune-Cookman Wildcats by the score of 38-28 Saturday night at the Sun Bowl.

The win gives the Miners a 2-0 record to start their 2021 season. This is the first time they have started a season with two wins since 2005.

UTEP got off to a quick start, capitalizing off of a muffed punt by their opposition after they had to punt the ball in their first possession.  The Miners recovered the ball at the Bethune-Cookman 10-yard line.

That drive resulted in a 22-yard field goal by Gavin Baechle for the early 3-0 lead.

On their very next possession the Miners went 78 yards in 12 plays that ended with a 2-yard touchdown pass from quarterback Gavin Hardison to Trent Thompson to take a 10-0 lead with 5:05 left in the first quarter.

A solid defensive effort by the Miners in which they only allowed 85 yards in the first half allowed them to take the 10-0 lead into the dressing room.

UTEP received the ball to start the second half. Hardison would fumble the ball on the second play of that drive to give the Wildcats excellent field position at the Miners 6-yard line. Two plays later the Wildcats would get on the board scoring on a 4-yard touchdown pass from quarterback Shannon Patrick to Marcus Riley to make it 10-7.

The Miners answered on their very next possession going 82-yards in 13 plays to score their second touchdown of the night, this time it would be on a one yard rush by Calvin Brownholtz making the score 17-7.

The visiting team answered with another touchdown of their own, going 89-yards in 6 plays to make it 17-14 with a little more than three minutes to go in the third quarter.

Once again UTEP would score a touchdown on the ensuing possession. A 6-yard touchdown pass from Hardison to Jacob Cowing in the left corner of the end zone would once again extend the Miners lead to 24-14.

The Miner lead would be extended after Denise Barns intercepted quarterback Shannon Patrick which led to an 8-yard touchdown pass from Hardison to Justin Garret making it 31-14 with 10:44 left in the 4th quarter.

The Wildcats would score twice more in the final 5 minutes of the game but it would not be enough as UTEP would add one more touchdown of their own to make the final score 37-28.

“A fantastic start to the season” is what UTEP head coach Dana Dimel said about his team going 2-0 to start the season for the first time since 2005.

“Each time they creeped back into striking distance, we responded with really long drives, got key conversions when we needed to get them and chewed up the clock to wear them down eventually with running the ball we did in the second half.” Dimel said.

Up next for the Miners will be a road game at Bosie St. next Friday. The game will be nationally televised.

JG TD … @GavinHardison12 hooks up with @JUSTINMGARRETT on an 8-yard grab while keeping his foot inbounds! pic.twitter.com/WVCu3njCIE