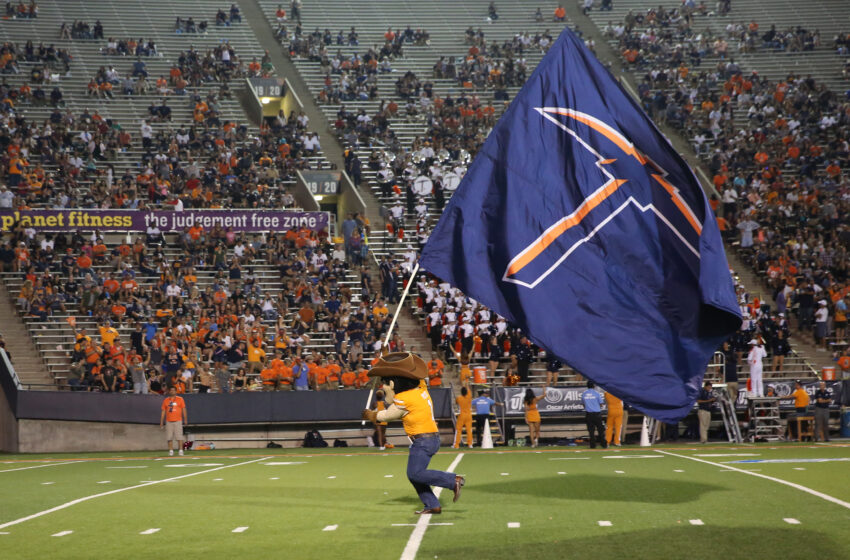 Tickets are on sale for the 18th-Annual UTEP Athletics Hall of Fame Induction Banquet, set for Friday, October 15, on the field in Sun Bowl Stadium.

This is actually the 2020 induction class, but the event was postponed a year due to the COVID-19 pandemic.

“We look forward to gathering together and celebrating this outstanding class,” said UTEP Director of Athletics Jim Senter.

“Jeep Jackson was the heart and soul of the tremendous Miner teams in the early to mid 1980’s.  Holly Russ is the most prolific scorer in the history of our women’s basketball program.  Lee Mays was an explosive receiver who later played in the National Football League.  Jami Tullius is the all-time leading scorer in the history of UTEP Soccer.  Tanja Magoc is the first inductee from our tennis program and she went to two NCAA Tournaments.  And it will be so awesome to induct our 2000 conference champion football team two decades after it made history in the Sun Bowl.”

Tickets are $50 and are available by clicking here.  There will be a social at 6:30 p.m., followed by the dinner and program at 7.

In addition, the Hall of Fame Class will be honored at halftime of the Miners’ football game versus LA Tech on Saturday, Oct. 16.  Football tickets are available by calling (915) 747-UTEP or by going online.  Kickoff is at 7 p.m.

UTEP won the only Western Athletic Conference title in school history (and its only league title in the modern era of football), finishing 8-4 overall (7-1 WAC) on its way to facing Boise State in the Humanitarian Bowl.  The Miners won a school-record seven consecutive games after opening the campaign with losses at Oklahoma and Texas A&M.  UTEP’s first team All-WAC selections that year were Glen Beard, Crance Clemons, Menson Holloway, Lee Mays, Trey Merkens, Brian Natkin and Rocky Perez, and Natkin was the first unanimous consensus All-American in school history.  UTEP’s Gary Nord was named the WAC Coach of the Year.

Jeep Jackson was the inspirational leader of the great UTEP teams of the mid-1980’s.  He aided the Miners to 101 wins, four conference titles and four NCAA Tournament berths.  Jackson was the team’s leading scorer as a senior (12.9 ppg).  He scored a combined 39 points in his final two college games, both in the NCAA Tournament.  He collected 313 assists and 165 steals in his career, and still rates in the top-10 in the UTEP record book in both categories.  An extension of coach Don Haskins on the floor, Jackson won also won over hearts with his easygoing smile and infectious personality.  His untimely passing at the age of 23, shortly following his senior year, shook the fan base, and no Miner wore his no. 22 until the 2016-17 season, the 30th anniversary of his passing, when Paul Thomas was given the honor.  He is a member of UTEP’s Centennial Men’s Basketball Team.

The most prolific scorer in program history, Holly Russ terrorized opponents during her two years (1990-92) with the Orange and Blue. She is the only member of the UTEP 1,000-point club (1,068) not to play at least three seasons with the Miners. Russ was a first team All-Western Athletic Conference honoree as a junior after averaging a program-best 22.2 points per game. She piled up 600 points in just 27 games. Her career scoring average (20.2 ppg) is more than two points better than the next player. Russ is responsible for three of UTEP’s top-four single-game scoring records, including the school standard of 40 points.  She is a member of UTEP’s Centennial Women’s Basketball Team.

Lee Mays is UTEP’s all-time leader in catches (200).  His 2,908 receiving yards rank second at the school, and he rates third in touchdown receptions (28) and 10th in all-purpose yards (3,565).  He posted ten 100-yard receiving games, tied for the fourth-most in school annals. Mays’s biggest season came as a junior, when he notched 70 receptions for 1,098 yards and led the nation with 15 touchdown catches — earning him the nickname “TD Lee.”  His efforts led UTEP to the 2000 WAC championship and landed Mays honorable mention All-America and first team All-WAC honors.  He also spent time on the Miner track and field squad, and was the WAC champion in the 60 meter hurdles.  He later played for the NFL’s Pittsburgh Steelers from 2002-06.

Jami Tullius had an illustrious career for the UTEP soccer team and is the program record-holder for goals (47), points (112), shots (253), shots on goal (142) and games started (84).  She is also tied for first in game-winning goals (12) and multi-goal games (11).  Tullius was recognized as an All-Region and All-Conference USA honoree in both 2005 and 2007 while also being tabbed the 2007 C-USA Offensive Player of the Year. She paced the squad in goals in three of her four seasons.  Overall the Miners compiled a record of 61-22-4 during her four years, including a program-best 20-4-1 mark in 2005. In the first round of the 2005 NCAA Tournament, Tullius scored twice in the final 10 minutes of the contest to force overtime in UTEP’s eventual 3-2 OT win at Texas.

Tanja Magoc is the only UTEP tennis player to advance to the NCAA Championships, earning bids in 1998 and 2000.  Magoc is the only player in program history to win 30 singles matches in a season, doing so in 1997 (31) and 1998 (33).  She holds career singles records for wins (110) and winning percentage (.816).  She also ranks first in combined wins (167). She was a four-time first team All-WAC honoree.  She also earned All-WAC doubles honors in 1998 and 2000 and was a four-time Academic All-WAC selection.  During her career, Magoc knocked off 22 ranked opponents, including the No. 8 player in the nation.  She established the school’s longest winning streak with 18 straight victories and played in three of the four legs of the Grand Slam of collegiate tennis — Riviera All-American, National Clay Court Championships and the NCAA Championships.