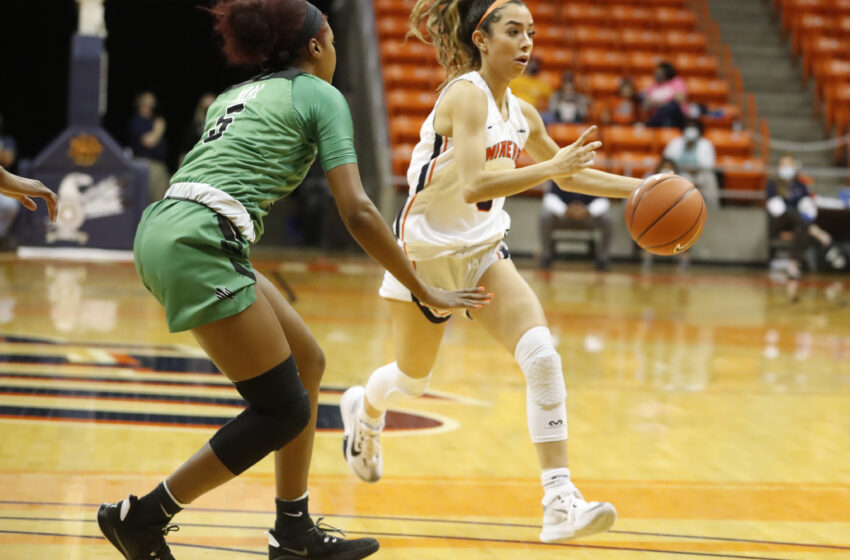 UTEP women’s basketball standout point guard Katia Gallegos was one of 20 point guards listed as a candidate for the 2022 Nancy Lieberman Award announced by the Naismith Memorial Basketball Hall of Fame on Monday.

El Paso product Gallegos enjoyed a banner year in 2020-21 and was recently named to the All-Conference USA Preseason Team. She paced UTEP and was among the C-USA leaders for assists per game (5.0-third), assist-to-turnover ratio (1.62-sixth) and total steals (42-sixth).

It’s the second year in a row Gallegos was named to the watch list.

Now in its 23rd year, the award recognizes the top point guard in the women’s NCAA Division I college basketball. A national committee of top college basketball personnel determined the watch list of 20 candidates. To be considered for this prestigious award, candidates exhibit the floor leadership, playmaking and ball-handling skills of Class of 1996 Hall-of-Famer Nancy Lieberman.

UTEP finished 17-8 in 2020-21, including 13-5 in C-USA action, to earn the number two seed in the C-USA West Division. The Miners advanced to the C-USA semifinals for the first time in five years. Additionally, the 13 wins in league play were the most since 2016.