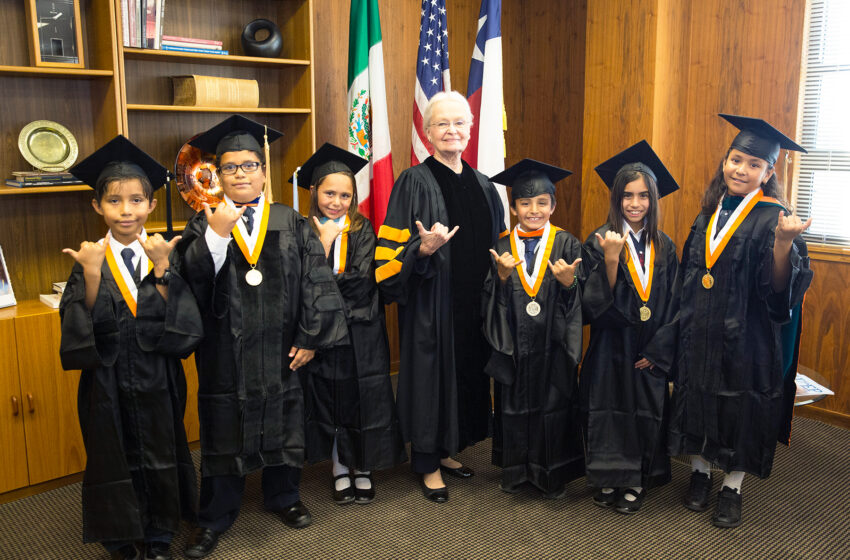 On Thursday, the University of Texas at El Paso launched the “Thank You for 30” campaign to celebrate UTEP President Diana Natalicio’s leadership and build on the momentum to propel the University forward for the next 30 years and beyond.

“Our institution and community have been profoundly transformed under Dr. Natalicio’s visionary leadership and extraordinary service,” said Ben Gonzalez, vice president for asset management and development. “It is bittersweet to bid her farewell, but we’re happy to know that she will have an opportunity to enjoy her retirement.

“We know many alumni, friends and community members want to thank her for her invaluable contributions to this community. This campaign is a unique way to do just that. It’s about coming together to show support for our institution in the name of someone who has advocated tirelessly for our students and our region for over 30 years.”

Under the leadership of President Natalicio, the longest-serving president of a public research university in the country, UTEP has earned national and international acclaim for successfully preparing students to compete in a global economy, pursue graduate studies, conduct world-class research, and give back to their communities and the nation.

UTEP is encouraging all UTEP faculty, staff, students, alumni and members of the community to show appreciation for President Natalicio’s 30 years of leadership, dedication and commitment to the University and the Paso del Norte region through a gift of any amount.

College officials say that residents can choose to support the “Thank You for 30” Scholarship Fund, give to an established scholarship fund, or create an endowed fund in the name of a favorite professor, department or program, any gift will honor President Natalicio’s remarkable 30 years and build on the successes to which her leadership has contributed.

UTEP’s deep commitment to a historically underserved region’s 21st century student demographic has had a profound impact on enrollment, increasing the student population by nearly 80 percent since President Natalicio took the helm in 1988. Today, the University’s more than 25,000 students accurately reflect the demographics of the Paso del Norte region.

The University has also increased the number of doctoral programs from 1 to 22 and the number of doctoral students from 16 to 921 during President Natalicio’s tenure. UTEP’s annual research expenditures have grown from $2.6 million to $100 million,  full-time faculty positions have more than doubled to support an ever-growing student population, and new state-of-the-art facilities have transformed the campus.

In May 2018, President Natalicio announced her plans to retire once a successor is appointed and assumes the office.

To learn more about the “Thank You for 30” campaign or to give a gift, visit 30.utep.edu.