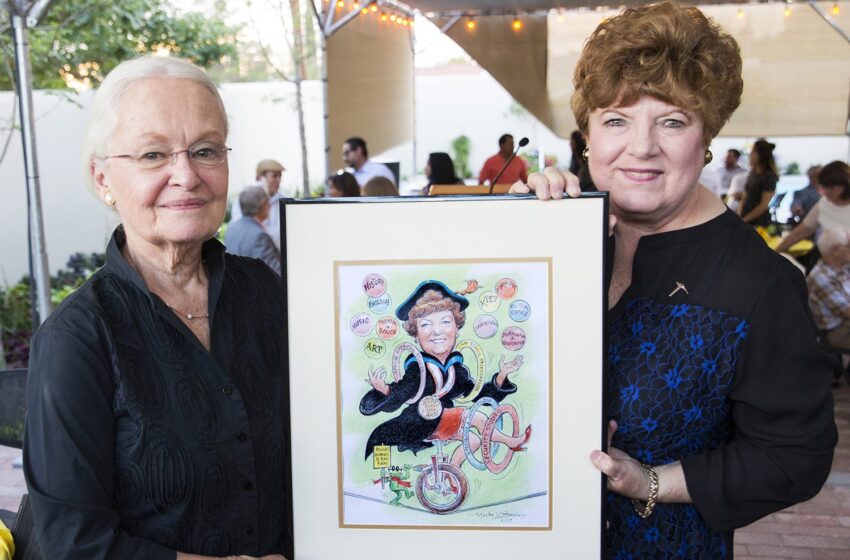 When Javier Aguilar-Garcia met Patricia Witherspoon, Ph.D., nearly four years ago, he was wandering the halls of the Liberal Arts Building searching for a University 1301 class.

As a freshman at The University of Texas at El Paso, Aguilar-Garcia was still finding his way around campus. At the time, the first-generation college student had no clue that Witherspoon, the passerby he stopped to ask for help, was the dean of the UTEP College of Liberal Arts (COLA). She smiled warmly and directed him down the hall.

Their paths would cross again a couple of years later when Aguilar-Garcia served as a COLA ambassador under Witherspoon. For two years, Aguilar assisted the dean at events, such as the college’s Pre-Commencement Awards and Hooding Ceremony.

While the Juárez native no longer needed directions to class, he began looking to Witherspoon for guidance about his future.

“What I learned from Dr. Witherspoon would take hours for me to say,” said Aguilar-Garcia, a multimedia journalism major who expects to graduate in December 2017. “I learned the value of hard work, to always be true to myself, and to not be afraid to think outside the box. She knows there is something special in each of us.”

Aguilar-Garcia was among the many students Witherspoon mentored over the past 17 years at UTEP. She retired from the University in August 2017 after a 36-year career in higher education.

“I came to UTEP for the students,” said Witherspoon, who led COLA since 2011. “I was impressed by these students who will do so much to get an education, and who understand so well that an education transforms not only an individual but a family.”

Witherspoon joined UTEP in the fall of 2000 as chair of the Department of Communication.

During the Dean’s Legacy Lecture this spring, Witherspoon recalled that shortly before she started her new job, her oldest son, Terry, told her that the people at UTEP really wanted her to come to the University, and she better not let them down.

At UTEP, Witherspoon hit the ground running. In 2002, she established the Sam Donaldson Center for Communication Studies, which provides academic enrichment for communication majors, communication programs to high school students, and continuing education and training for media and communication professionals.

The center’s inaugural event, “An Evening with Sam Donaldson,” in 2003 attracted top journalists, including Dan Rather, Helen Thomas, George Will and Ted Koppel, White House press secretaries and major news stations. The event raised more than $100,000 for the center’s endowment.

“That was a wonderful evening to remember and to honor Sam Donaldson, but it was also wonderful to see (these journalists) come out and hear about UTEP,” Witherspoon recalled.

In August 2008, Witherspoon was named dean of the University’s Graduate School. She held that position until 2010, when she became acting dean of COLA, UTEP’s largest and most varied college with nearly 7,000 students. A year later, she was appointed the college’s dean.

“There are lots of programs, lots of departments, lots of students, not enough faculty, and not enough staff,” Witherspoon said. “That is the beauty of the College of Liberal Arts; there is so much diversity here with the arts, the humanities and the social sciences.”

UTEP Senior Executive Vice President Howard Daudistel, Ph.D., was the college’s dean before Witherspoon. He said that under Witherspoon’s “extraordinary leadership,” the college strengthened its many student success initiatives and strived to continuously improve all of its academic programs.

“Dr. Witherspoon was a vigorous advocate for the many diverse departments and programs in the college and worked hard to recruit the highest quality faculty to support these programs,” Daudistel said. “Always attentive to student needs, Dr. Witherspoon was deeply committed to UTEP’s access and excellence mission while also supporting a diverse faculty of outstanding teachers, extraordinary scholars, researchers and artists.”

During her tenure, Witherspoon worked with faculty to develop forward-thinking programs that would foster student achievement. Among them was the Student Success Initiative in 2014, which provides tutoring and programs that support student academic development, and the Liberal Arts Honors Program (LAHP) in 2012, which offers academic enrichment opportunities to top undergraduate liberal arts students.

Witherspoon said the LAHP has exceeded her expectations.

“Many of our LAHP students go on to graduate school or law school and have wonderful internships in other parts of the country,” she said. “They’re just outstanding.”

Witherspoon credits much of her success to the college’s outstanding faculty and dedicated staff who she said made her look good, even on those days when she did not deserve it.

“It almost never felt like work,” she said with a laugh. Despite her many accomplishments, Witherspoon is most proud of watching students succeed. Her favorite time of year was celebrating the achievements of liberal arts students at UTEP’s spring and winter Commencement ceremonies. From the stage in the Don Haskins Center, Witherspoon would watch as wave after wave of liberal arts graduates walked into the arena, ready to make their mark on the world.

In retirement, Witherspoon plans to spend time with family and stay involved with the University. She may help raise funds for COLA’s 50th Anniversary fund or teach an online undergraduate course in communication and organizational leadership.

Other projects include writing a book on the effect of culture on leadership, focusing on Mexican-American and Latino influences.

“I feel very proud and very gratified of having been a part of this campus during the last 17 years,” Witherspoon said. “The last 17 years has been a time of tremendous change and great growth, not only in numbers but in stature.”