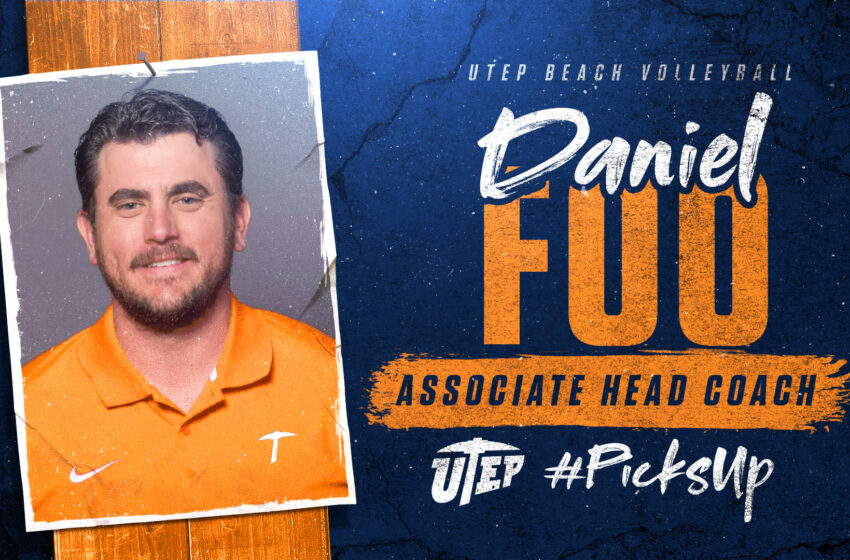 The Albuquerque, N.M., native started out playing baseball at Flagler College, an NAIA school in St. Augustine, Fla. When his baseball career concluded, he needed something to fill his desire to compete. He started playing beach volleyball in 2004 and in 2005, traveling around the country playing in various tournaments. The competition and love for the sport drove him to coaching. In 2015, he helped start the beach volleyball program at New Mexico. By 2016 the team posted a 17-9 record and finished 18th in the country. Foo coached at UNM for five seasons before the program was discontinued. Since 2019, he has been the director and head coach of Albuquerque Beach Volleyball Academy, growing awareness for the game more and more each season.

Foo is extremely excited about the opportunity to start the Miner Beach program with Coach Wallis. “We are going to create something very special in the city of El Paso,” he said. “Our players will be known for their work ethic, grit, and determination both on and off the court. Beach Volleyball is such a great sport and I am very lucky to help bring it into the spotlight at UTEP.”

“I can’t wait to get Daniel here,” Wallis said. “He’s a home run hire for our university, our conference, and our city. He’s already done, at a high level, what we’re trying to do here at UTEP — develop a brand-new Beach program into a winner quickly. Not only is he a highly motivated and dedicated worker, but he is a high character guy and he burns hot for the sport.”

Former New Mexico Head Beach and Indoor Coach Jeff Nelson said, “Daniel is an outstanding Beach coach! His passion for the game and work ethic will really help get the Beach program off the ground at UTEP. He was an awesome asset to our program at UNM and is well known in the area. He studies the Beach game and has great knowledge of strategies and technical components. I am excited for UTEP and for Daniel!”