“I think our goal the first day is to make sure we play well and position for a high finish,” head coach Scott Lieberwirth said. “ There are some very good teams in this field. We were competitive the whole day, the weather became a major issue, the wind switched and the temperature dropped and that wreaked some havoc.”

Sophomore Andreas Sorenson and senior Frederik Dreier are at the top of the Miners’ leaderboard, both ending the day tied for 14th. Sorenson fired two-over-par 146 (73-73) and Dreier also shot 146 (74-72).

Playing in his first Tucker Invitational, junior Charles Corner is currently tied for 28th, shooting five-over-par 149 (69-80). Corner came out firing in round one, sitting in third with a three-under-par 69 with four birdies on the front nine and one bogey on the back nine.

“It was incredible how he [Corner] played, he did everything right, it was about as clean as he could have played that [first] round,” Lieberwirth said. “There were a lot of bogeys in the afternoon, he just kind of got in a funk and couldn’t really break out of it. But he’s not going to get upset or take it to heart.”

“We know where we stand in the field and we know what we have to do to  contend to win it,” Lieberwirth said. “ There are a lot of teams just in front and just behind us. I know our team won’t get complacent and will keep climbing. It was a very challenging day, but we did well.”

The final round of the William H. Tucker Invitational will begin at 7:30 a.m. tomorrow. Live stats will be provided atwww.golfstatresults.com 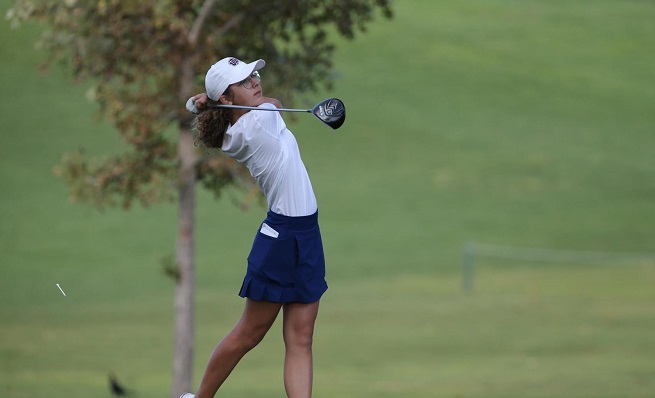