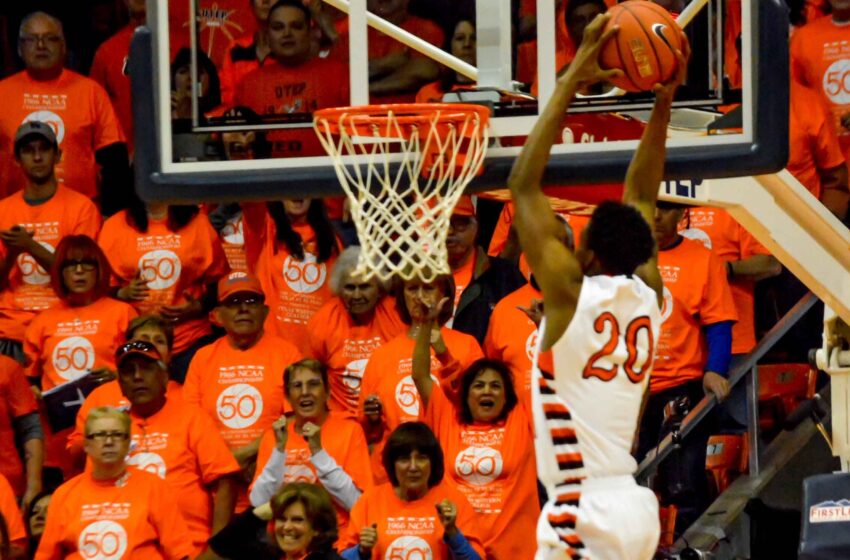 UTEP Head Coach Rodney Terry announced Monday a fifth nonconference contest, as the Miners will travel to Tempe, Arizon., to take on Associated Press Preseason no. 18 Arizona State on December 16.

Tipoff is set for 7 p.m. MST at Desert Financial Arena; and the Miners and Sun Devils can be seen on the Pac-12 Network, and heard on 600 ESPN El Paso.

ASU Head Coach Bobby Hurley enters his sixth season at the helm, as the Sun Devils are picked to finish second in the Pac-12.

As for the team, Senior Remy Martin leads the Sun Devils as the 6-foot guard earned AP Preseason All-America honors on Nov. 10. Martin led Arizona State to a 20-11 overall record, averaging team bests in points per game (19.1) and assists per contest (4.1). Martin was also announced to the NABC Division I Player of the Year Award Watch List on Nov. 23. Senior Alonzo Verge Jr. also returns for Hurley as the 6-foot-2 guard ranked second on the team in points (14.6 ppg).

The contest will be the second against a Pac-12 program as the Miners will also play at perennial-power Arizona on November 29. Tipoff for that game is set for 4 p.m. MST at McKale Memorial Center.