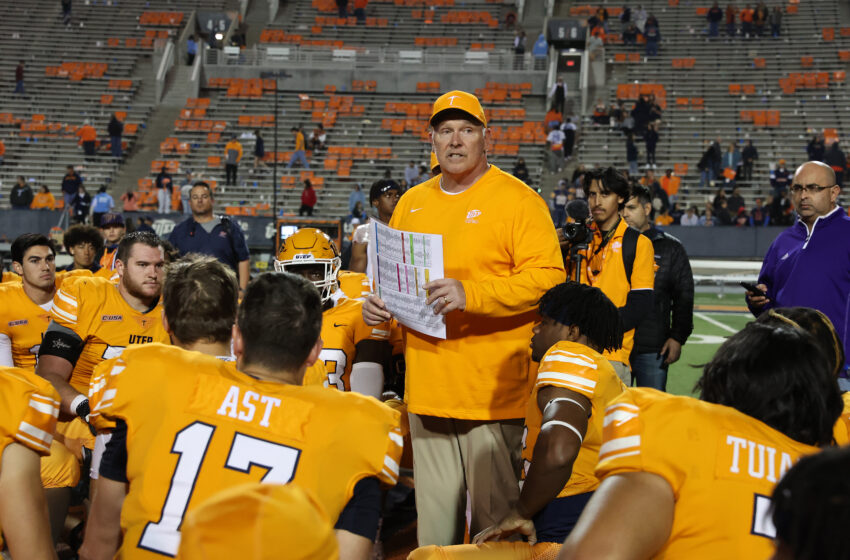 BIRMINGHAM, Al. – UAB scored 28 points off four drives that started in UTEP territory, including two in a span of two minutes 16 seconds in the third quarter that turned the tide in a 42-25 victory over the Miners on Friday.

Two short punts by the Miners led to two Blazer touchdowns.  UAB also capitalized on a pair of fumbled kickoff returns by UTEP players to add a couple more scores.

Before that, UTEP played a solid first half and took a three-point lead to the locker room at halftime.

The UTEP defense forced a three and out on UAB’s first two offensive possessions.  But the third time was the charm for the Blazers after a 16-yard punt by Josh Sloan gave UAB the ball at the Miner 44-yard line.  The Blazers took advantage of the short field as DeWayne McBride scored on a 17-yard touchdown run for the early 7-0 lead.

The Miners responded by scoring the next 14 points.  Quardraiz Wadley punctuated a 10-play, 75-yard drive with a seven-yard rushing TD.  Then, after Dy’vonne Inyang ended the first quarter by picking off Blazer quarterback Dylan Hopkins, UTEP capitalized by moving 50 yards on six plays and scoring seven.  Deion Hankins’ 11-yard rushing TD put the Miners in front, 14-7.

A 67-yard rushing play by McBride set up the Blazers’ game tying touchdown.  Jermaine Brown Jr. punched it in from the half-yard line to knot the game at 14.

The Miners took a 17-14 lead when Gavin Baechle converted a 29-yard field goal shortly before time ran out in the first half.

UAB went back in front, 21-17, on a one-yard TD run by Brown midway through the third period.  The Blazers started the drive at the Miner 40 following a 25-yard punt.

Dennis Barnes fumbled the kickoff and the Blazers took over on offense at the UTEP 21.  Shortly after, Hopkins threw a four-yard TD pass to Hayden Pittman for a 28-17 lead.

The Miners got right back in it on a 30-yard TD pass from Gavin Hardison to Jacob Cowing.  The ensuing two-point conversion made it a three-point game (28-25) with over 17 minutes left to play.

But the fourth quarter was dominated by the Blazers, who went ahead 35-25 on a 10-yard rushing touchdown by Brown, then added another TD eight seconds later after the Miners muffed another kickoff.

Hopkins completed 15-of-20 passes for 108 yards for UAB.  McBride rushed for 99 yards on seven carries before exiting the game with an injury in the second quarter.  Brown filled in capably in his absence, rushing 16 times for 88 yards and three TD’s.

The Blazers finished with 328 yards to the Miners’ 303, but had only one turnover to UTEP’s three.

Hardison finished 21-of-34 passing for 204 yards for UTEP.  Hankins rushed 16 times for 68 yards, and Cowing snared five balls for 63 yards.

UTEP will await word on its bowl destination as it seeks eight victories for just the 11th time in school history.