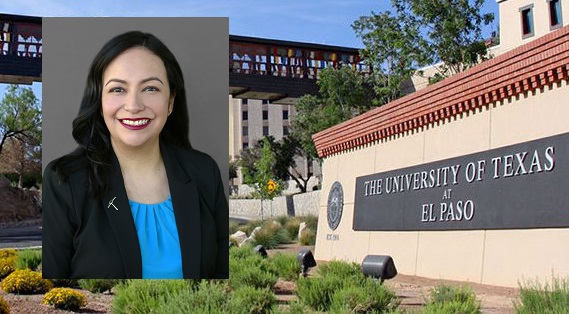 “I am grateful for the opportunity to serve as the Chief Legal Officer at UTEP,” Castillo said. “As a UTEP alumna, I am honored to return to the University and give back to my community.”  | Photo courtesy UTEP

The University of Texas at El Paso announced Tuesday the appointment of El Paso native Priscilla Castillo to the position of Chief Legal Officer.

Castillo’s appointment is effective Sept. 8, 2020 and she succeeds Andrea Cortinas, who recently was promoted to Vice President and Chief of Staff.

“Priscilla is a respected attorney who has demonstrated her commitment to the legal profession,” UTEP President Heather Wilson said. “She will be an asset to the University and its efforts to advance the Paso del Norte region.”

After earning her law degree, Castillo worked at a large law firm in New York City. Castillo then returned to El Paso, where she was most recently a partner at a local law firm.

Her legal expertise centers on labor and employment law, and civil litigation. She has represented local and national clients before administrative agencies as well as state and federal courts.

“I am grateful for the opportunity to serve as the Chief Legal Officer at UTEP,” Castillo said. “As a UTEP alumna, I am honored to return to the University and give back to my community.”

Castillo is an associate member of the George McAlmon American Inn of Court, a graduate of the Greater El Paso Chamber of Commerce’s Leadership El Paso Class 38, and past president of the El Paso Chapter of the Federal Bar Association.