Hubbard comes to El Paso after serving as the head coach at Utah Valley University where he engineered a remarkable turnaround, taking over a team that tallied nine wins and guiding it to the no. 2 seed in the Western Athletic Conference Tournament within two years.

“We welcome T.J., his wife Kara and their daughters Sophia, Audrey and Emma to the UTEP family,” Senter said.  “He rose to the top of our list of candidates with his nine years of head coaching experience and his proven track record of turning around programs.  His extensive recruiting connections in the state of Texas also made him an ideal fit for us.  Throughout his coaching career, he has fostered a culture of integrity, discipline and hard work, and his student-athletes have excelled both academically and athletically.  We’re excited about the new era of UTEP Softball.”

“It is an incredible honor and privilege to accept the head coaching position at The University of Texas at El Paso,” Hubbard said.  “I want to thank President Heather Wilson, Jim Senter, Jon Teicher and Julie Levesque for this incredible opportunity and for all their efforts throughout the process.  I can’t wait to get to El Paso and meet our players and staff.  I look forward to working together to build a program that we can all be proud of, a program that will annually compete for the Conference USA Championship.”

The year prior to his arrival (2016), Utah Valley posted an overall record of 9-43 and a 3-12 mark in WAC play.  In year one under Hubbard (2017), the Wolverines increased their victory total to 16 and came within a game of finishing .500 (7-8) in league play.  In year two under Hubbard’s direction (2018), Utah Valley notched 21 victories with a 10-4 WAC slate, and advanced to the postseason National Invitational Softball Championships.

During his three seasons (2017-19) in Orem, Utah, Hubbard coached student-athletes who earned a total of 10 All-WAC honors with a pair of NFCA All-Region accolades.  He also coached the back-to-back WAC Pitcher of the Year (Lauren Frailey Spendlove & Makayla Shadle) and Freshman of the Year (Caragh Morris & Payton Angulo) in 2017 and 2018 respectively.  Off the diamond, his student-athletes fashioned an average cumulative GPA of 3.37 with 15 All-WAC Academic honorees and 33 NFCA Academic All-Americans.

The native Oklahoman was the head coach at North Texas from 2008-13, finishing his tenure as the winningest coach in program history.  He racked up 161 wins in six seasons, with four campaigns of 27 victories or more and a school-record 29 wins in both 2010 and 2013.

He also coached the only two softball players (Susan Waters & Mallory Cantler) in the North Texas Hall of Fame.

In the classroom, his teams compiled an average GPA of 3.19, and 97 of his student-athletes earned a spot on the Sun Belt Academic Honor Roll.

In-between his separate head coaching stints, Hubbard was the Associate Head Coach at Louisiana (2013-15) and Assistant Coach at Kansas (2015-16).  While at Louisiana, he helped the Ragin’ Cajuns to the 2014 Women’s College World Series and the 2015 Super Regionals with back-to-back Sun Belt Conference titles and 91 wins.

The high-powered Ragin’ Cajun offense ranked first nationally in home runs per game (2.15) and second in scoring (8.15 runs per game) and slugging percentage (.652) in 2015.  Louisiana boasted 15 All-Sun Belt players during Hubbard’s two years in the dugout, including the two-time Sun Belt Player of the Year and four NFCA All-Americans.

Hubbard’s duties at Louisiana included directing the pitch calling and mentoring 2014 Sun Belt Conference Pitcher of the Year and All-American Christina Hamilton.  His year at Kansas resulted in a winning season (31-20) and a fourth-place finish in the Big XII Conference.

Hubbard has registered 213 victories in nine seasons as a head coach.

Hubbard got his start in coaching as an assistant at Seminole State College from 2002-03, where his efforts helped produce a third-place showing at the NJCAA National Championship, and a 64-16 record.

He earned his Bachelor of Science degree in Non-Clinical Exercise Science/Sports Management from Oklahoma Wesleyan in May, 2002.  He was a three-year letterwinner for the OWU baseball team as a second baseman. 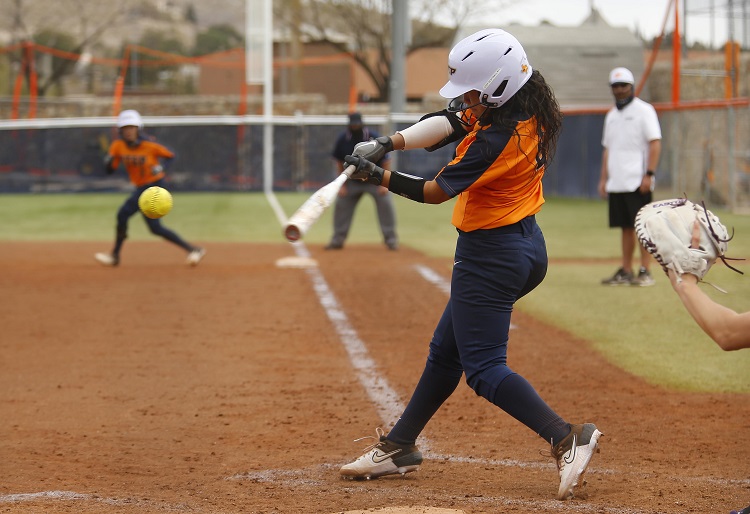