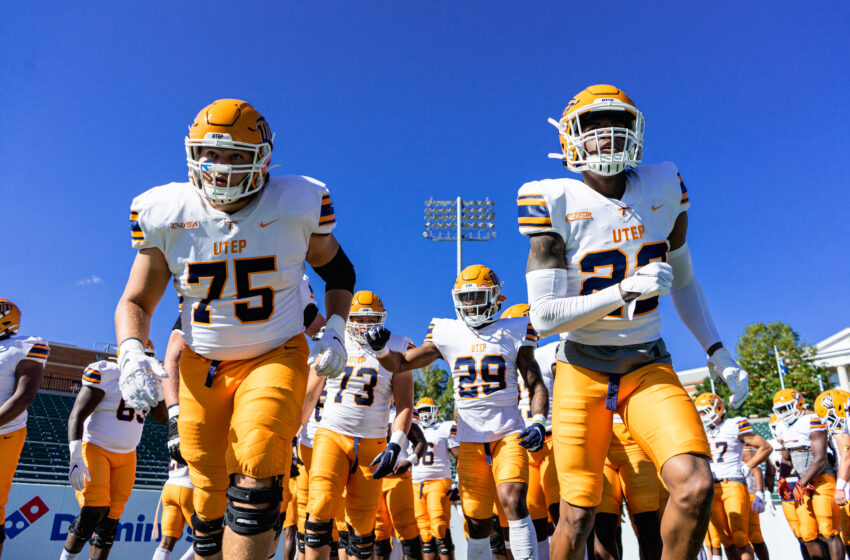 UTEP’s final regular-season football game versus North Texas has been moved up one day to Friday, December 11, and will be played at Apogee Stadium in Denton, Texas.

UTEP was originally scheduled to host the Mean Green on October 31, before it was postponed to December 12 and ultimately moved across the state.

“We feel playing this game in Denton will give us the best opportunity to get back on the field and compete,” head coach Dana Dimel said. “We are eager to get another game in, and this gives our team the chance to end the regular season with a .500 record.”

The contest will be streamed live on ESPN3. Fans can also tune in to the radio broadcast on ESPN 600 El Paso to hear Jon Teicher (PxP) and Mike Perez (analysis) on the call.