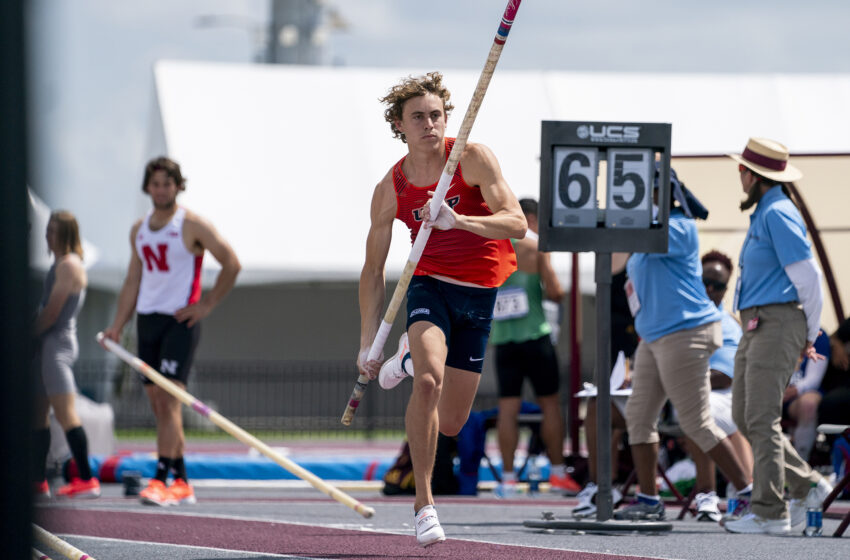 “Paulo didn’t come into this season with guns blazing due to some setbacks during the last couple of seasons of his collegiate career,“ UTEP head coach Mika Laaksonen said.

“He worked hard all year to get back to being closer to his full potential as a pole vaulter. It all started to come together for him during the championship segment of our season. Paulo first won the conference title in pole vault and then placed tied for seventh place at NCAAs, earning his first First-Team All-American honors in the process. What a way to close out one’s collegiate career, and we are proud of his and his coach’s efforts!”

Benavides had punched his ticket to nationals after soaring over the bar for an outdoor collegiate personal-best 5.45m (17-10.5) at the West Prelims. He had notched 5.47m (17-11.25) during the 2017 season while competing with Kansas.

Earlier in the season Benavides won gold at the 2021 Conference USA Outdoor Track & Field Championships with a then season-best mark of 5.36m (17-7). He secured All C-USA first team honors as result. He also took first place in the Don Kirby Tailwind Open.

Benavides, a graduate transfer from Kansas and also a Franklin High School alum, earned first-team All-American honors at the 2021 NCAA Championships after clearing 5.30m (16-4.5) to earn a share of seventh place.