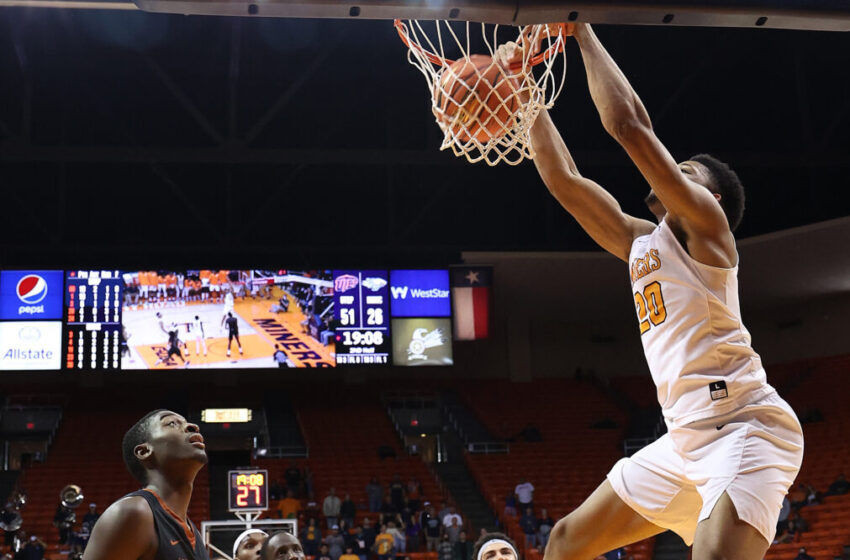 The Miners second win of the season was also their second at the Don Haskins Center in a contest that the Miners began to dominate in the early stages of the first half.

The Miners did what they needed to do for 40 minutes to show an unquestionable dominance on the court over the course of the entire game. This was the first ever meeting between these two schools.

This win gives the confidence needed to continue their grueling start to the regular season in which the Miners will play six games in the span of 15 days. It also puts UTEP back on the winning track after suffering their first loss of the season this past Saturday at New Mexico State.

After the game, Jamal Bieniemy and Tydus Verhoeven spoke with the media. Bieniemy led the Miners tonight with 15 points while Verhoeven led the team in defensive rebounds with four.

With regards to the Miners rebounding effort, Verhoeven said, “That was a big emphasis for this team moving forward, especially being out-rebounded in the first two games. That’s never a good look, we definitely wanted to win the rebounding battle today.”

As for getting back on the winning track, Verhoeven added, “It’s big, you have a short memory in a long season. You’re gonna lose games at times, but you never go into a game with that mindset. This was a big game for us to bounce back, especially winning the way we did and not get distracted just go out there and win the game.”

Looking forward to their next game (at Pacific) Bieniemy said, “It’s definitely a business trip for us going down there, we want to get a road win, it’s gonna be a big game for us. A nice early test for us, we’re excited.”

The UTEP head coach echoed the same sentiments as his players in his postgame comments. Golding said his team met the objectives that were set within the game. These included rebounding, turnovers, improving on their free throws along with their ball movement.

Golding elaborated by saying, “We wanted to turn them over 25 time and we did, so we got the objective there. Obviously we wanted to win the glass and we out rebounded them 41 to 23 with 17 offensive rebounds.”

Up next for UTEP

The Miners will now shift their focus to their next rival. The Miners will travel west to Stockton, California to face the Pacific Tigers. The Tigers going into tonight were 1-2 on the season with their only win being against Hawaii-Hilo.

The game is scheduled to kickoff at 8 p.m. MST and will be broadcast via radio only on 600AM ESPN El Paso.