LINCOLN, Neb. –  Freshman Bailey Powell fired a school-record 597 in air rifle (three shy of a perfect score) to highlight the action for the UTEP rifle team (4588) in its final meet of the fall portion of its season at Nebraska (4668) Sunday. The Miners shot 2255 in smallbore and 2333 in air rifle while the Cornhuskers finished at 2307 and 2361, respectively.

Powell’s score in air rifle (597) eclipsed the effort of former Miner standout and three-time All-American Alix Moncada (596, 11/22/09) and was five points better than any individual on the range in the discipline Sunday. She shot 554 in smallbore for a team-high tying aggregate of 1151.

“It’s hard to put into words how exciting it was to watch Bailey shoot today,” UTEP head coach Hannah Muegge said. “Her performance in air rifle was just spectacular. Shooting not only a personal best but a school record as well is definitely a great way to finish the semester. Overall I’m proud of the progress we’ve made thus far in our season. We’ve posted some pretty solid team scores and have had numerous individual personal records set and broken (eight in Smallbore; 14 in air rifle). The remainder of this semester will be spent on finishing strong academically. When we resume in January, our sights will be set on preparing for the Patriot Rifle Conference Championships hosted at Ohio State Feb 4-5.”

UTEP will now focus on its academics and making strides in practice before resuming its season with the Patriot Rifle League Championships from Feb. 4-5 in Columbus, Ohio. 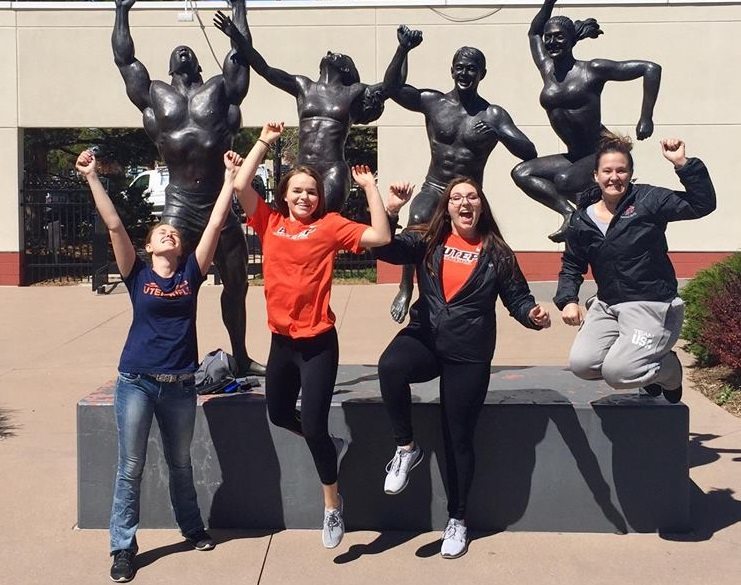