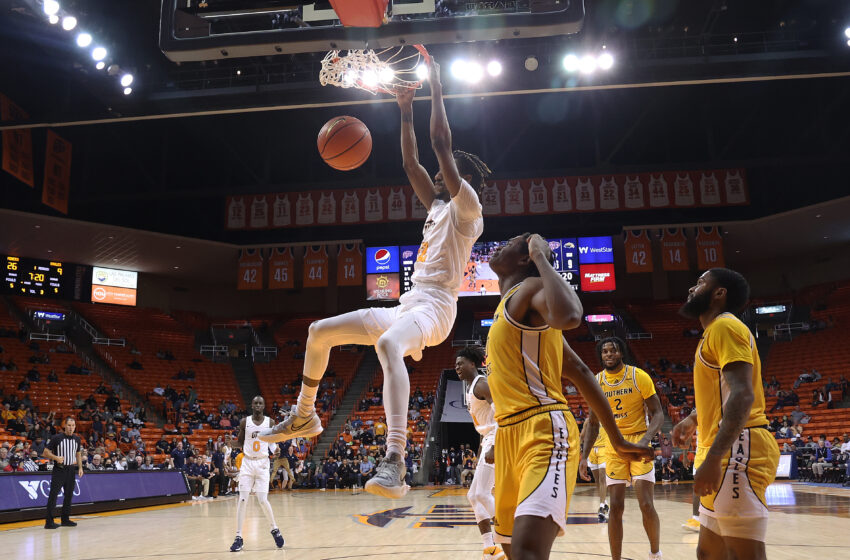 The home win at the Don Haskins Center was the eighth win of the season as the Miners are now 8-7 on the year and 1-2 in conference play.

The Miners took the lead in the first minute and 20 seconds and never looked back in a game that was highlighted with individual and team season highs for the Miners. Everything seemed to go for the Miners as they put on a performance that was much needed for a team that has struggled to get rolling and put a complete 40 minutes together this season.

The 3,800+ fans in attendance tonight saw a high scoring affair for UTEP that was highlighted by 15 3-point baskets, good enough to tie the school record.

It is the fourth time in school history this record is tied by a Miners team.

After the game, scoring leaders for tonight’s game Souley Boum (17 points) and Jamal Bieniemy (19 points) spoke with the media. Bieniemy said, “We know we are a much better team than what we showed on Thursday. We knew we had to get to practice and get better. We showed it tonight.”

Both players were in agreement that the confidence tonight grew and spread throughout the team as the game progressed. They also agreed that they have to continue to practice hard in order to continue to improve.

Golding said his team played hard and competed calling the victory “well deserved” for his team. Golding added, “Shots went in tonight. They didn’t go in the other night but playing hard never changes.”

As for the shots going in for UTEP, Golding elaborated by saying, “We made shots. I think they were good shots. I think our ball movement is getting better….tonight we saw some shots go in early and I think that gave us some confidence.”

As for areas of improvement moving forward, the Miners head coach quickly pointed out, “Offensive rebounds, I thought in the second half we got beat on the glass. We got exposed on some ball screams and let those guys get downhill on us. So I think those two things we got to continue to harp on and continue to get better.”

UTEP will now have to prepare for a pair of road games on the east coast. The Miners will face Charlotte on Thursday evening and then square off against Old Dominion Saturday evening. Both games are scheduled to tip off at 5 p.m. MST and will be streamed on ESPN+.