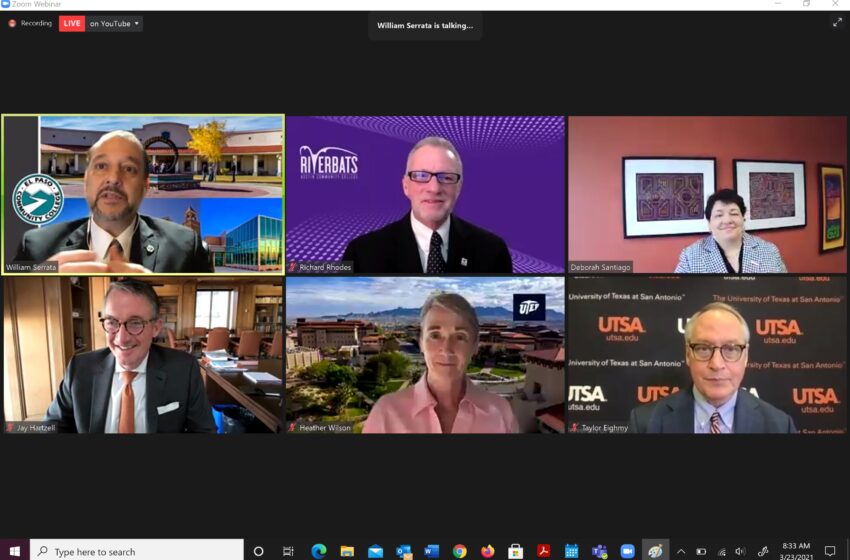 On Tuesday, The University of Texas at El Paso joined with national higher education leader Excelencia in Education to unveil “25 Years of Hispanic-Serving Institutions (HSIs),” a new, major research project.

Project officials share that the research comes at “a critical juncture in the economic recovery of Texas and the nation.”

“UTEP has been intentional about serving Hispanic students for more than 30 years, and it’s a very mature Hispanic-serving institution,” Wilson told the audience during the virtual gathering. “Ours is an open access institution that is a first-class research university with student success and persistence that is above the average selective institution. That is really hard to do.”

In her remarks, Wilson also highlighted the importance of UTEP’s partnership with EPCC and the institutions’ shared responsibility to get students from the region’s high schools onto a path toward a meaningful post-secondary credential or education.

Wilson also stated that while going to college remains the best way for individuals to move up the socioeconomic ladder, those who live with and around college students also reap the benefits in many ways.

“We all live better lives because we live in an educated community,” Wilson said.

Supported by UTEP and other institutions throughout the United States, the effort has produced a robust set of analyses to inform educational policymakers, academic researchers, elected officials and foundations on how best to serve Latino students in higher education.

UTEP co-hosted a virtual event on March 23, titled “Texas Briefing on 25 Years of HSIs in Accelerating Latinx Student Success” to discuss the findings of the research carried out by Excelencia, and how those findings will inform the future of HSIs in Texas.