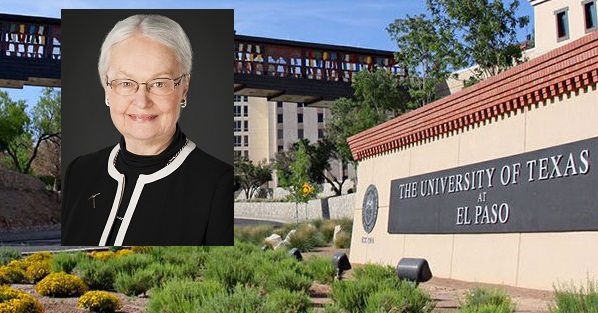 Fortune Magazine today published its 2017 list of the World’s Greatest Leaders and University of Texas at El Paso President Diana Natalicio is included on the list of 50.

President Natalicio is in the company of leaders such as Theo Epstein, president of baseball operations for the Chicago Cubs; Pope Francis, head of the Roman Catholic Church; Melinda Gates, co-chair of the Bill and Melinda Gates Foundation; Justin Trudeau, prime minister of Canada; and John Roberts, chief justice of the United States Supreme Court.

The magazine highlighted her priority to provide access and excellence in higher education for low-income students and a predominantly Hispanic student body. In addition, they noted UTEP’s steady climb in national college rankings, and soaring research funding during the President Natalicio’s tenure.

The article will appear in the April 1, 2017 issue of Fortune.

“I am extremely pleased by this recognition of the remarkable accomplishments of a talented and dedicated team of UTEP faculty and staff who have enabled us to achieve our dream of fostering the social mobility of talented and hard-working students whose modest financial means and complex life challenges  too often impede educational and career pathways,” President Natalicio said.

UTEP’s leader for 29 years, and the longest-serving president of a U.S. public research university, President Natalicio has guided UTEP’s transformation into a national model for educating a 21st century student population. Recognizing the critical importance of pre-college preparation to students’ enrollment and success at UTEP, she has been a driving force in creating community partnerships to raise the aspirations and educational attainment of all young people in the Paso del Norte region and, through a deep commitment to both access and excellence, to provide them authentic and stimulating educational opportunities. She is a leading voice in the national conversation on higher education, and an advocate for reaching past borders to develop robust international collaborations.

In 2015, the Carnegie Corporation of New York honored President Natalicio with its prestigious Academic Leadership Award in recognition of her exceptional achievements.

A graduate of St. Louis University, President Natalicio earned a master’s degree in Portuguese and a doctorate in linguistics from The University of Texas at Austin.