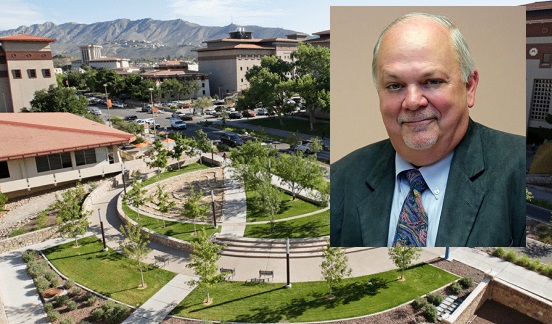 Russell Chianelli, Ph.D., a professor and research faculty member at The University of Texas at El Paso who holds more than 60 U.S. patents, has been named a National Academy of Inventors Fellow.

Since his arrival in 1996, Chianelli has served at UTEP in various teaching, research and administrative capacities — including as director of the campus’ Materials Research and Technology Institute (MRTI).

“Since joining UTEP 22 years ago, after a highly successful research career in industry, Russell Chianelli has been a pioneer in our fast-growing research efforts and a role model and champion of the commercialization of UTEP innovations,” UTEP President Diana Natalicio said. “Membership in the National Academy of Inventors is well-deserved recognition of his success as a creative innovator and entrepreneur. We join in celebrating his selection for this honor and thank him for his many contributions to creating a productive entrepreneurial research climate at UTEP.”

Chianelli is the first UTEP professor to be named an NAI Fellow. The honor was announced Tuesday, December 11, 2018, in recognition of Chianelli’s “highly prolific spirit of innovation in creating or facilitating outstanding inventions that have made a tangible impact on quality of life, economic development and the welfare of society.”

With his selection, Chianelli joins more than 1,000 NAI Fellows worldwide, representing more than 250 research universities and government and non-profit research institutes. The 2018 Fellows are named inventors on nearly 4,000 issued U.S. patents, bringing the collective patents held by all NAI Fellows to more than 35,000 issued.

“I am very proud to welcome another class of outstanding NAI Fellows, whose collective achievements have helped shape the future and who each day work to improve our world,” said NAI President Paul R. Sanberg, Ph.D. “Each of these new NAI Fellows embodies the Academy’s mission through their dedication, creativity and inventive spirit. I look forward to working collaboratively with the new NAI Fellows in growing a global culture of innovation.”

Chianelli worked with Exxon for more 20 years before becoming a professor at UTEP. He was the chemistry department chair before starting the Materials Research and Technology Institute (MRTI). MRTI has been vital in helping students across various sciences conduct research in environmental science, materials, chemistry and engineering.

Chianelli has also been able to make connections with various top businesses in industry which has led to relationships with the University.

“I am elated and extremely grateful for this recognition from the National Academy of Inventors,” Chianelli said. “Science belongs to all and I am thankful that President Diana Natalicio has been instrumental in making UTEP’s location along the U.S.-Mexico border extremely hospitable for science and commercialization.”

He will be inducted into the NAI with 147 others on April 11, 2019, during a ceremony at NASA Johnson Space Center in Houston.