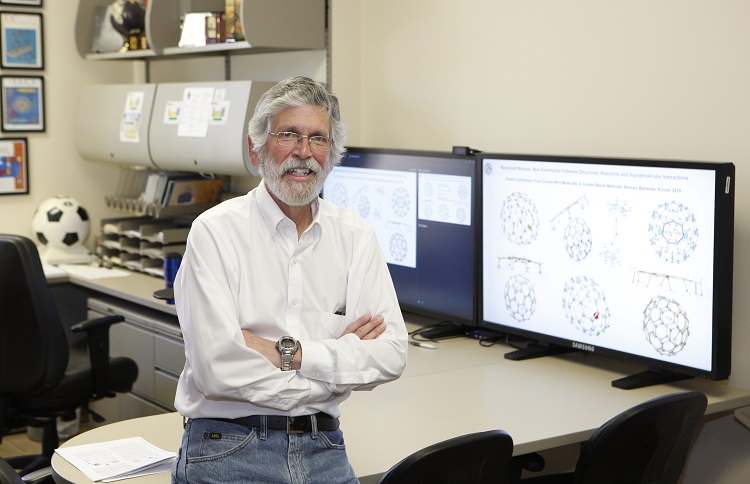 Echegoyen has served as the Robert A. Welch Chair Professor of Chemistry at UTEP since 2010. He was the director of the chemistry division at the National Science Foundation from 2006 to 2010. | Photo by Ivan Pierre Aguirre/UTEP Communications

Luis Echegoyen, Ph.D., professor of chemistry and biochemistry at The University of Texas at El Paso, has been appointed by the United States-Mexico Foundation for Science (USMFS) as a member of its Board of Governors.

The binational board consists of 12 recognized leaders from academia, business and government who direct and supervise the foundation’s activities. Echegoyen’s four-year term, which can be renewed once, begins Jan. 1, 2021.

“The United States-Mexico Foundation for Science has made an excellent choice in selecting Dr. Echegoyen,” said Robert Kirken, Ph.D., dean of UTEP’s College of Engineering. “He has had an extensive and distinguished career as a chemist, but also as a leader. His vision and working experience with scientists and engineers will undoubtedly have an immediate and lasting positive impact that will benefit both countries.”

The USMFS is a nonprofit, nongovernmental organization created along with the North American Free Trade Agreement (NAFTA) in 1992 with support from organizations in the U.S. and Mexico. Its mission is to design, promote and articulate high-impact programs that promote the development of value ecosystems for regions and sectors of mutual interest through collaboration in science and technology for economic and social development based on innovation.

Currently, USMFS works with companies in diverse sectors such as agri-food, aerospace, auto parts manufacturing and health, among others. The organization has served over 5,000 companies, 1,000 entrepreneurs and 1,300 small producers in Mexico. It has collaborated with more than 200 universities, institutes and organizations promoting economic development in both countries and has allocated more than $100 million of public and private resources through its programs.

“Echegoyen was selected for his essential role in establishing new funding programs and research centers at the National Science Foundation, his impressive career in academic research and teaching, as well as his experience living and working in a robust border community,” said Jessica Lillie, U.S. executive director of USMFS.

Throughout his career, he has published numerous research articles and book chapters and earned many prestigious research awards. He was elected Fellow of the American Association for the Advancement of Science and the American Chemical Society (ACS), the world’s largest scientific organization, where he was selected as the first recipient of the ACS Award for Recognizing Underrepresented Minorities in Chemistry for Excellence in Research & Development in 2011. In 2018 he was elected president of the ACS for a three-year term.

“I will try to enhance the connections between Mexico and the United States in matters of science and technology,” Echegoyen said.

“Establishing potential student exchanges in both dimensions, as well as of faculty, would be some of my highest priorities, as well as establishing true scientific collaborations between science and engineering groups. An ultimate goal would be to identify opportunities, especially at the border, for innovation and investments that benefit the two sides in a meaningful and impactful manner.”

Echegoyen has served as the Robert A. Welch Chair Professor of Chemistry at UTEP since 2010. He was the director of the chemistry division at the National Science Foundation from 2006 to 2010.

UTEP Professor admitted as Fellow of the... 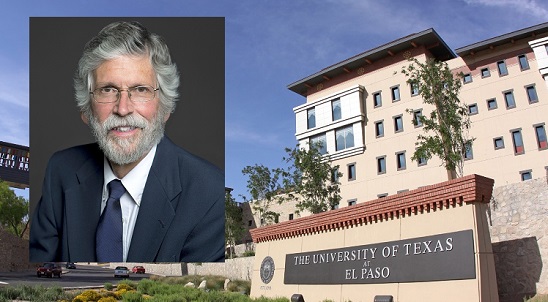 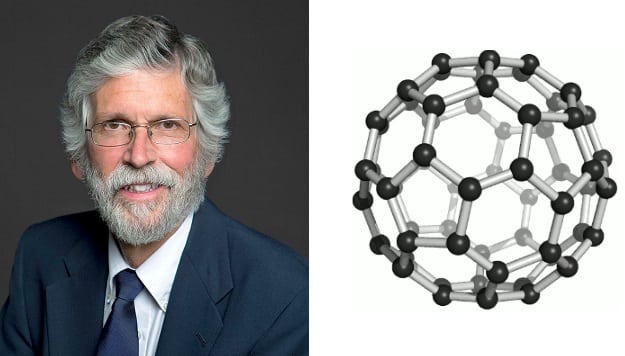