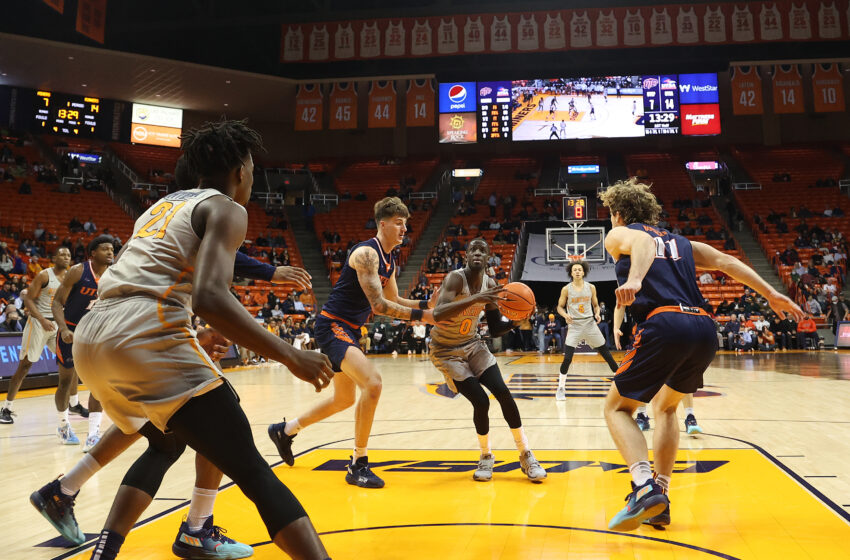 The win marks the Miners second Conference USA victory in a row and improves their record to 10-8 overall and 3-3 in conference play.

The Miners were victorious over a depleted Roadrunner team that made the trip to the Borderland with only eight players due to a variety of reasons (from injury, to players quitting and being dismissed, to COVID protocol). Still the visiting team gave the Miners all they could handle over the course of 40 minutes at the Don Haskins Center in front of over 5,000 rabid Miner fans.

By the end, those Miner fans left happy seeing their team hold on down the stretch to defeat a university that has had UTEP’s number in basketball and football over the past several years.

After the game, Souley Boum and Jorell Saterfield spoke with the media. They were both of the consensus that win is win and that margin of victory against a depleted team did not matter.

Head coach Joe Golding opened his press conference by addressing El Paso basketball legend Jim Forbes. He shared the two times he had the pleasure of spending time with Coach Forbes and made it a point to acknowledge how selfless he was in the conversations he had with him, talking and giving all the credit to others and never talking about himself.

As for the game, coach Golding acknowledged UTSA’s effort despite being with limited players and said they out executed his team in the first half. As for his team, he said, “Credit to our guys in the second half for bouncing back and showing some maturity and finding a way to win a game. It wasn’t a pretty game, but I like those types of games because you find out a lot about your team.”

The Miners will now make the trip to the Alamo City to face off once again with UTSA in San Antonio on Sunday afternoon.