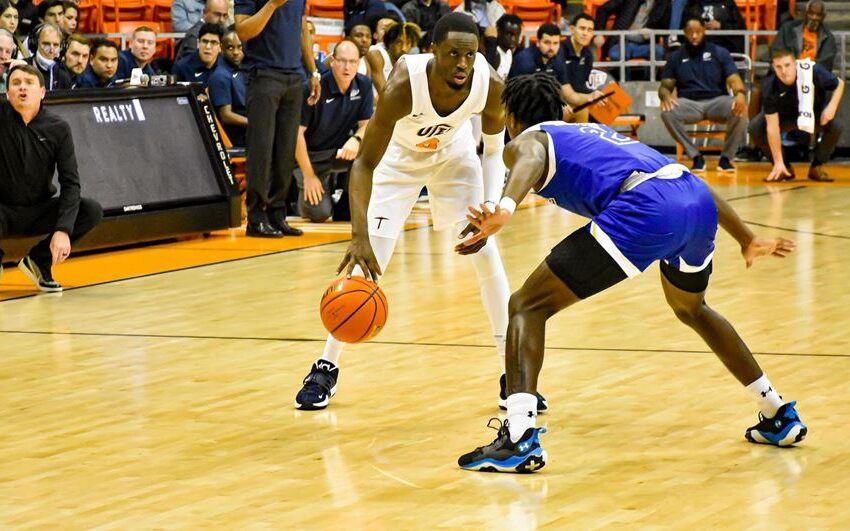 The UTEP Miners Men’s Basketball Team rallied in the second half to pick up their sixth win of the 2021-22 season defeating the McNeese Cowboys 82-72.

The Miners persevered over the course of the 40 minutes Thursday night at the Don Haskins Center in front of more than 5,500 fans as the Cowboys turned out to be a much tougher opponent than their record indicated.

Souley Boum and Keonte Kennedy would both have over 20 points each (23 points for Boum and 20 points for Kennedy) to lead the Miners to their comeback victory. Kennedy played 38 of the 40 minutes of the game on Thursday night which was quite the accomplishment.

The Miners bench was also a factor in obtaining this win as Emmanuel White, Jorell Saterfield and Ze’Rik Oneyma were the standouts of the night for UTEP in Thursday night’s winning effort.

Despite not firing on all cylinders until late in the second half, UTEP head coach Joe Golding was nothing but complimentary of his team especially the players that came off the bench saying, “The good thing about Emmanuel (White) he does exactly what he is coached to do, he doesn’t try to break off things, he doesn’t try to do too much. Jorell (Saterfield) did some good things offensively, he hasn’t been in those minutes late in the game, the more they are in those situation the better we’ll get with them.”

As for what changed in the second half, Golding broke it down to doing five things to execute the way they did in the second half, “No middle drives, rebound the basketball and box someone out, protect the paint inside-out and on offense, good spacing and make the extra pass. We came out and tried to trap them in the first half and it created and open offense for them. In the second half we quite trapping and went man-to-man.”

The Miners will get tomorrow off and return to practice on Saturday in preparation for the 60th Anniversary Weststar Don Haskins Sun Bowl Invitational next Tuesday and Wednesday.

UTEP is scheduled to play NC Central on Tuesday and then either Bradley or Sam Houston.