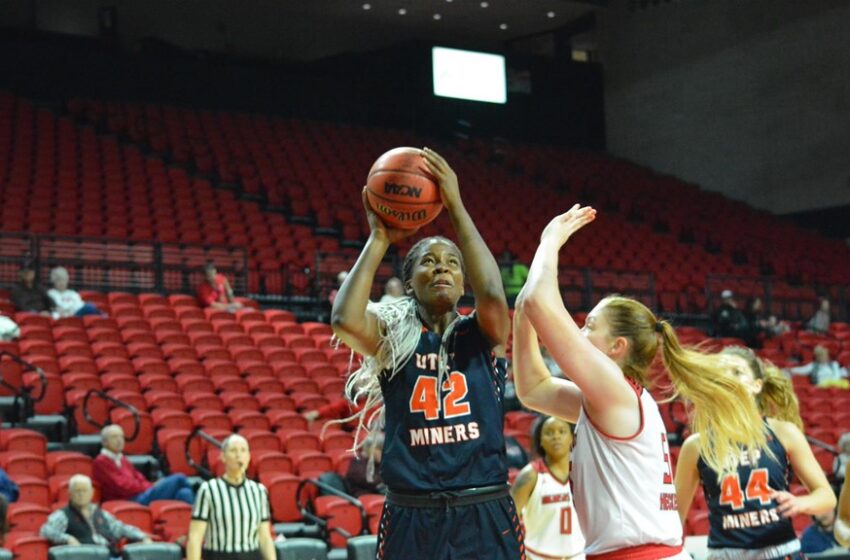 The Red Wolves (4-4) set opponent season highs for points (76) and field-goal percentage (49.2) to help them rally past the Miners (5-2). UTEP led 44-36 at the half but A-State used a huge third quarter (24-11) to surge into the lead and the Miners could never recover. They went down fighting, though, whittling a nine-point deficit (72-63) down to three on a pair of occasions but couldn’t quite complete the comeback.

The Orange and Blue connected on 42.9 percent (27-63) from the floor while also winning the boards (43-27) but couldn’t get enough stops to pull off the win. UTEP’s 73 points establish a season high.

Seda has now recorded five straight double-doubles, the longest such streak by a Miner in non-conference play since at least 1982-83 (prior records incomplete).

“It was a strange game because it felt like we had it under control but they shot the ball incredibly well,” UTEP head coach Kevin Baker said. “We had too many turnovers in the first half. In the second half we only had five. They kind of crept back in the game. Once they got the lead we never could get it back.”

UTEP jumped out to a 10-5 lead halfway through the first quarter before the visitors responded to get within one (12-11) with 3:18 to play in the period. Jordan Alexander halted the surge with a steal and score, followed by an old-fashioned three-point play from Howell to make it 17-11 with 1:40 to play in the stanza. The margin remained six (21-15) heading to second quarter, with UTEP’s 21 points marking its highest scoring output in the opening frame this season.

The Miners’ margin hit double figures (27-17) for the first time of the night on a lay-up by Seda with 8:14 left in the half. It was an eight-point game (37-29) with three minutes left in the quarter before Arkansas State tallied seven straight points to cut UTEP’s advantage down to one (37-36, 1:05 2Q).

UTEP took the blow in stride, responding with a half-closing 7-0 run to surge into the locker room up by eight (44-36). Patterson was instrumental in the sequence, scoring the first five points of the run before setting up Howell’s lay-up with five seconds left in the half.

A-State picked up its play at both ends of the court, allowing it to close the period on a 14-3 push to secure a five-point lead (60-55) heading to the fourth quarter.

The home side extended its lead to nine on two occasions in the fourth quarter, including being up 72-63 with 3:55 to play. The Miners regrouped and scored four straight points-all on free throws by Howell- to inch within five (72-67).

After A-State extended the margin back to seven a Seda free throw and Howell jumper made it a four-point game (74-70) with 51 seconds left.

A-State split a pair of free throws before UTEP used a transition basket from Seda to make it a three-point contest (75-72) with 15 seconds left. The Miners nearly came up with a steal on the inbounds play before fouling.

The Red Wolves missed the first but hit the second to essentially put the game away.

The Miners will be back in action when they play at I-10 rival NM State at 2 p.m. MST Sunday. The game will be broadcast locally in El Paso on 600 ESPN El Paso while also being shown live on Fox Sports Southwest and Fox Sports Arizona PLUS.