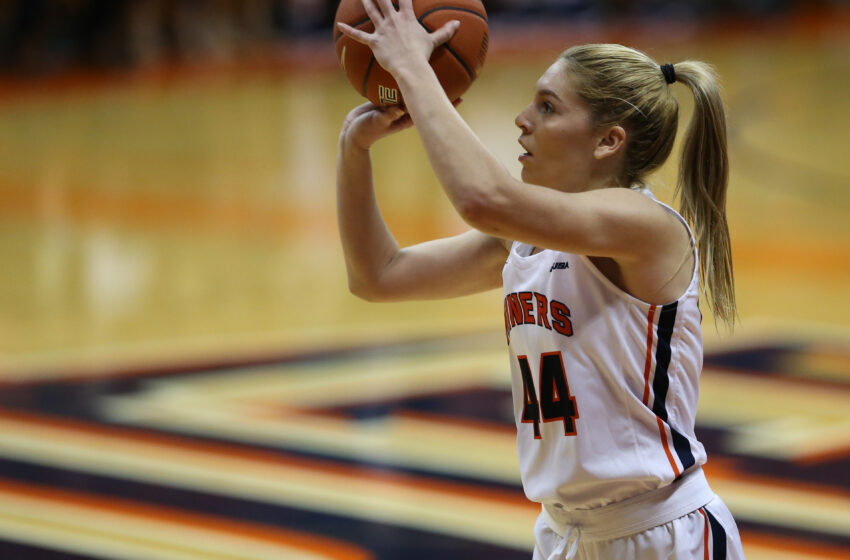 Zuzanna Puc registered her second straight double-double (17 points, 10 rebounds) and UTEP battled valiantly but its comeback bid came up short in a 69-65 defeat to NM State in the FirstLight Federal Credit Union Battle of I-10 at the Don Haskins Center Saturday afternoon.

The Miners (2-1) dug themselves an 18-5 hole nine minutes into the game, allowing the four-time defending WAC regular-season champion Aggies (3-0) a much greater cushion than they needed. UTEP went to work, reducing the deficit to eight (30-22) at the break.

The margin remained eight (53-45) with 7:14 remaining in regulation before the Miners uncorked an 11-3 surge to finally pull even at 56 with 3:03 left. NM State didn’t flinch, countering with 3-pointers on consecutive possessions to extend its advantage back to six (62-56). UTEP inched within three (64-61) with 1:08 left but the Aggies put the game away by nailing their eighth and final triple of the contest.

The Orange and Blue will be back in action when they play host to the seventh-annual UTEP Thanksgiving Classic. The event begins with a contest between Texas Southern and Abilene Christian at 1 p.m. MT Friday.