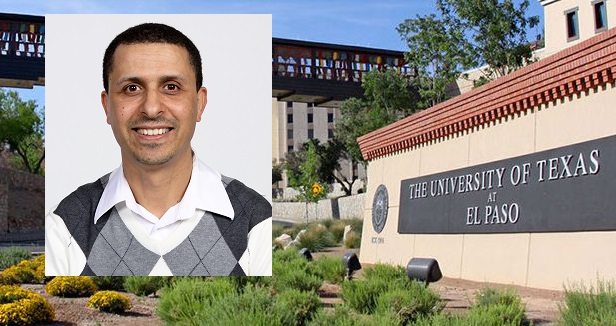 Rachid Skouta, Ph.D., research assistant professor in the Department of Chemistry at The University of Texas at El Paso, is one of 15 researchers across the nation awarded $150,000 by the Lung Cancer Research Foundation.

Skouta’s multidisciplinary research will teach the next generation of chemistry, pharmacology, biology and biomedical students from the region. So far, he has attracted more than 20 undergraduate students to his laboratory.

“It is very important to understand, at the molecule level, how a set of specific proteins may be the cause of some specific diseases like lung cancer,” Skouta  explained. “These proteins were never researched to find out more about their enzymatic role on drug resistance. We found a specific protein that was never uncovered or never investigated in this field.”

Skouta says the grant money will help prove his concept and collect data to apply for future funding. In addition, he hopes to expand the oncology study in the region and create exciting collaborative work with local researchers for academia and biotech companies, eventually working toward pre-clinical and clinical studies.

“We again received a record number of applications for this year’s grant program and are extremely impressed by the work these researchers are doing in the field of lung cancer research,” said Nancy Sanford, executive director of the Lung Cancer Research Foundation. “Lung cancer is currently the number one cancer killer worldwide. We are hopeful this research will help lead to further advancements in the field.”