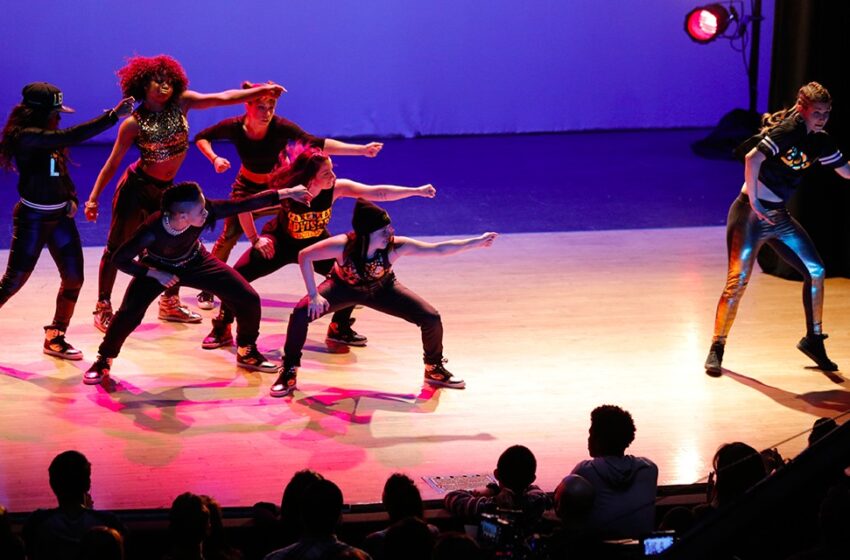 The complicated lives of teenagers have been fertile ground for television shows for decades, including teen dramas like “Beverly Hills 90210” and “Gossip Girl.”

Critically acclaimed “East Los High,” which began its fourth season on Hulu in July 2016, shares some similarities with previous teen shows but stands out in other ways, including the use of transmediated storytelling across multiple Internet and social media platforms.

“East Los High” is a five-time Emmy nominated series about the lives of students at a fictional high school in East Los Angeles. The series addresses real-life issues “in meaningful ways that are gritty, relatable and hot,” according to the show’s official website. “The series is not only addictive, but also thought-provoking on a social level.”

The show’s executive producer, Katie Elmore Mota, developed the basic concept for “East Los High” back when she was earning her master’s degree from a university in New York and Arvind Singhal, Ph.D, a communication professor at The University of Texas at El Paso, served as one of the expert respondents for her thesis. When the show had a broadcast date, she asked Singhal if he would be interested in doing research related to the show.

Singhal, an expert in the area of narrative for change, partnered with Hua Wang, Ph.D, at the University of Buffalo to assess the show’s impact. The Wang-Singhal study on “East Los High” and its results were published in the June 2016 American Journal of Public Health, a premiere public health journal. UTEP graduate students at the time, Carliene Quist and Anu Sachdev, helped with the research.

Analysis of geographical information data shows that “East Los High” reached audiences in every state in the U.S. and the District of Columbia. Most visitors to the show’s website were in states with a high Latino population and the highest rates of adolescent pregnancy, including Texas, California, Florida, Illinois, New York, New Jersey and Arizona.

“If you’re interested in bringing about any kind of change, whether it’s teenage pregnancy issues among the Latina population or HIV/AIDS prevention, you listen to the stories to understand what’s going on,” Singhal said. “If you want to change what’s going on, then you change the stories.”

The experimental/laboratory component of the study enlisted 136 Latino women in the El Paso area between ages 18 and 28 who had never seen “East Los High” and were asked how much they knew about sexual health. They were split into groups that then either received sexual health information through a fake news story, read a short story version of an East Lost High” plot, watched the show or watched the show and looked at the “East Los High” website.

“Our research was actually able to show that not only did people tune in on different platforms, but they were very active participants,” Singhal said. “They were engaged in the storylines, they loved the characters, and believed the program was realistic and authentic in its depictions of Latino teenagers.”

The study also included a separate viewer survey that was embedded on the “East Los High” website. Any viewer who had seen at least 20 of the 24 episodes of the show’s first season were eligible to take the viewer survey.

Participants in the viewer survey reported discussing “East Los High” on social media at the following percentages:
•With friends – 84 percent
•With siblings – 66 percent
•With parents – 31 percent
•With relatives – 26 percent

Talking about the show didn’t just happen on social media. Eighty percent of viewers who took the viewer survey engaged in face-to-face discussions, 69 percent discussed it through text messaging, and 46 percent communicated through their mobile phones.

Of the viewer survey participants, 95 percent agreed that “it doesn’t matter if you are a girl or a guy, you should take your own responsibility for birth control,” according to the published research.

“’East Los High’ changed my life a lot because it was so realistic,” said a viewer quoted in the study whose identity was not disclosed. “… It taught me that I have choices and responsibilities.”

For Quist, participating in the “East Los High” experiment was an invaluable experience as a graduate student.

“I studied social work, and we took courses on experimental methods, but no study compares to actually doing the work of an experiment,” Quist said. “A major takeaway is going slow in the beginning in order to go fast once the experiment is underway. This means that planning is critical to the success of the experiment: thinking through how every detail and all logistics will be operationalized, so that the experiment can run smoothly once underway. Working with professors and students in different disciplines and at different institutions also taught me how to collaborate effectively – defining roles and deliverables, holding one another accountable, communicating consistently and effectively, celebrating progress.”

Other than being a popular show with five Emmy nominations during its run, Singal thinks “East Los High” demonstrates that commercially viable entertainment can be used for good.

“Is it going to change Hollywood overnight? No,” Singhal said. “The fact that there’s a season four suggests that these programs have longevity. I’m hoping that … this inspires young people and even those in Hollywood with social sensibilities to create similar shows. In many ways it’s a drop in the bucket and you just hope that the drop creates ripples, small and big.”