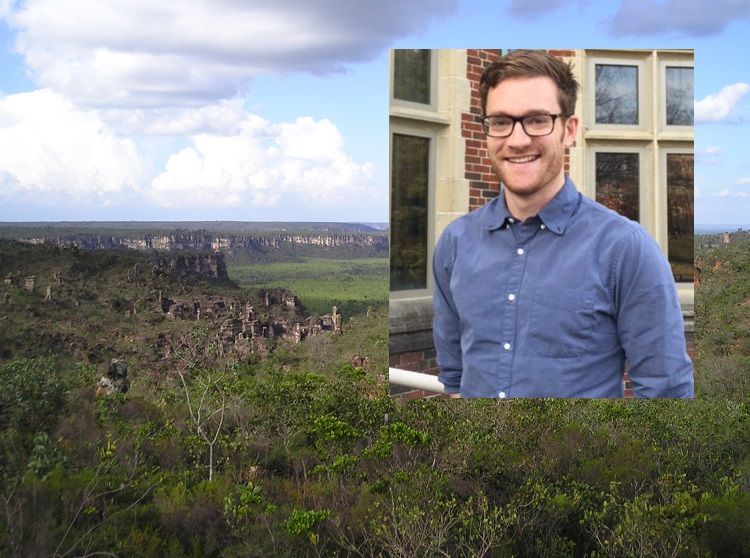 A faculty member from The University of Texas at El Paso (UTEP) is at the forefront of research that is shaping new realities about the potential for new organisms to thrive in seemingly harsh, desolate areas of the planet.

A report published Dec. 11, 2020, in the research journal Science dispels the premise that areas such as the Amazon rainforest are biodiversity hotspots because new species tend to evolve there.

A multinational team of scientists, who conducted their research in a major group of tropical birds, found that new species are actually less likely to form in these hotspots than coldspots — places such as deserts and mountaintops that do not have a lot of species but do have a lot of opportunity.

Researchers led by Michael Harvey, Ph.D., assistant professor of biological sciences and curator of the biodiversity collections at UTEP, and Gustavo Bravo, Ph.D., research associate at the Museum of Comparative Zoology at Harvard University, discovered that coldspots may be extreme with dry, unstable environments but are relatively empty, giving new species room to evolve. In contrast, hotspots such as the Amazon are the result of the gradual accumulation of species over a long period of time.

“Exciting studies like these just reinforce how interconnected our world is, not just its plants and animals, but our science and the researchers that change our perception of this planet and make these tremendous findings possible,” said Robert Kirken, Ph.D., dean of UTEP’s College of Science.

This paradox was revealed through decades-long work by dozens of natural history museums and museum researchers who studied 2,400 genes isolated from 1,300 species to document the rapidly disappearing diversity of the tropics. Robb Brumfield, director of the Louisiana State University (LSU) Museum of Natural History in Baton Rouge and one of the senior authors of the paper, indicated that conservation efforts to save the rapidly changing tropical landscape need to focus not only on the species-rich Amazon but also the generators of that diversity, like the wind-swept, cold puna of the Andes Mountains.

Harvey and Bravo spent months preserving samples up remote streams in Amazonia and rugged mountain ranges in the Andes. Bravo said they were only able to make their discovery due to the hard work of numerous local scientists who dedicated their lives to studying and preserving this diversity.

“These birds represent an incredible amount of diversity sampled, roughly one out of every three species of birds in the American tropics,” Harvey said.

Notably, the study’s collection trips and research teams are increasingly led by ornithologists from groups underrepresented in the sciences, including Latinx and women researchers. Many of the researchers involved in the study are from Latin America (Colombia, Brazil, Uruguay and Venezuela) and recent teams fielded by the LSU Museum of Natural Science to obtain samples like those used in this study have been women-led efforts.

“This paper marks not only a change in our understanding of evolution in the tropics but also an acknowledgement and valuation of the diversity of culture, expertise, and perspective in the field of ornithology,” said Liz Derryberry, Ph.D., associate professor of ecology and evolutionary biology at the University of Tennessee, Knoxville and a senior author of the paper.