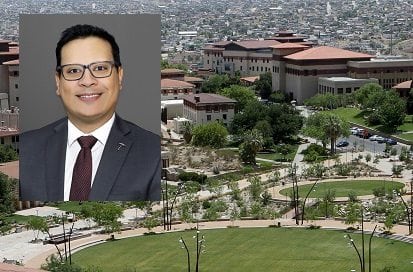 “When stimuli in our environment, such as lights or sounds, are repeatedly paired with rewards, they gain a powerful ability to increase an individual’s motivation to obtain and consume rewards,” Mendez explained. “This cue-induced increase in reward seeking motivation is often cited by addicts as a primary trigger for their relapse. While release of the neurotransmitter dopamine within the brain has been long implicated in cue-induced reward seeking behavior, recent studies suggest that another neurotransmitter, enkephalin, may also be involved.”

Dr. Mendez will use a behavioral pharmacology approach to investigate changes in reward seeking behavior and implement neurochemical approaches to examine possible interactions between dopamine and enkephalin driving the reward-seeking actions.

Mendez joined the UTEP faculty in 2017. He earned a Ph.D. in Experimental Psychology from Texas A&M University and has over 15 years of experience working in cellular and behavioral neuroscience.

Mendez received the foundation’s NARSAD Young Investigator grant, which provides each scientist with up to $35,000 per year for two years, totaling $70,000 to enable promising investigators to either extend research fellowship training or begin careers as independent research faculty.

The Brain and Behavior Research Foundation is a nonprofit organization that funds mental health research.