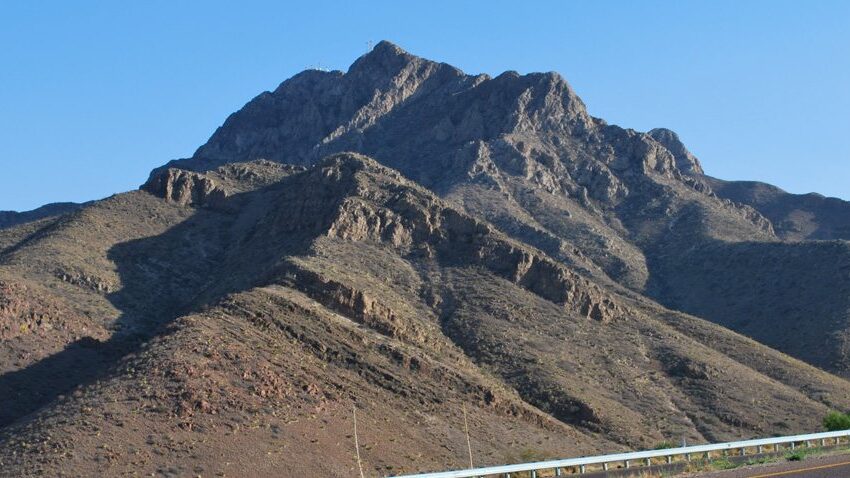 A pair of geologists is working to unearth the history and future of earthquakes in the El Paso area. Jose Hurtado, Ph.D., Terry Pavlis, Ph.D., and their team excavated a fault on the eastern side of the Franklin Mountains near Beaumont Hospital at the end of February.

Their research will help illustrate the earthquake history in El Paso and may indicate the seismic risk for the future.

“It’s important for El Paso because we live in an area where the landscape and the geology have been created by faults and these faults produce earthquakes,” Hurtado explained.

“We’ve had earthquakes here in the past. There was a trench here along the same fault system dug several kilometers to the north back in the early ‘90s, and that was the only previous study of the faulting here in El Paso. It’s not very well understood when earthquakes have happened in the past, how many have occurred and how often they occur in time. We are trying to understand that here to better understand what risk these earthquakes may have for our future in El Paso.”

The excavation is the first of two approved and funded by the U.S. Geological Survey in 2015. Prep work started in the fall and the trench was dug the last week of February 2016.

“We hope to be able to determine if, first of all, the earthquake record we see here correlates to the one with the previous trench,” Pavlis said. “That will establish what part of the fault moves at any given time, and then we can use that to assess the recurrence time of the different earthquakes and then look at the probability of another earthquake occurring in El Paso. The research at the previous site was enough to really assess the problem.”

Several UTEP students have been part of the process, contributing to different phases of the study. Researchers say at least three earthquakes happened in the area, the last one an estimated 9,000 years ago. Initial results from this study are expected during the summer.