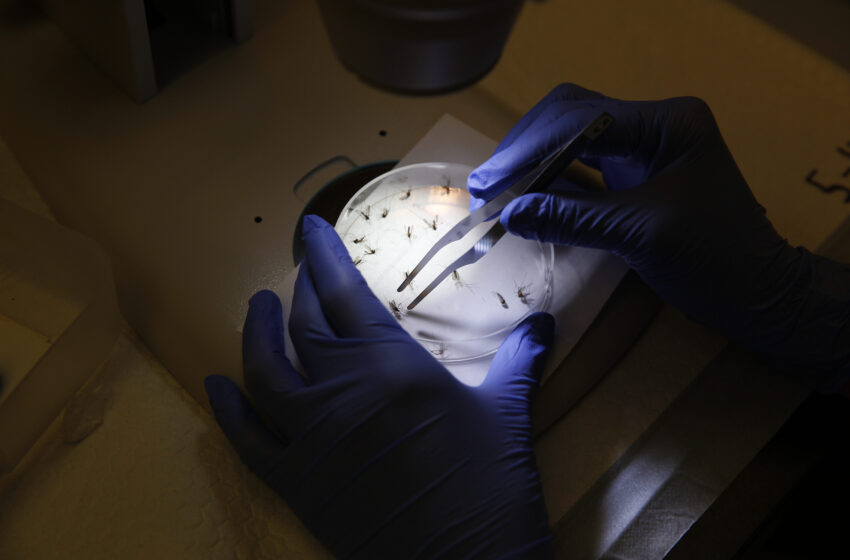 Winter may bring a decrease in mosquitos to the Borderland, but that doesn’t stop the research from happening inside UTEP’s Mosquito Ecology and Surveillance Laboratory (MESL).

The research, led by Doug Watts, Ph.D., is of critical importance to local health experts, but is now gaining national attention with the Centers for Disease Control and Prevention (CDC) Zika Response Team.

Watts’ team spent the spring and summer months trapping mosquitoes along our U.S.-Mexico border as part of their dedicated tracking program to monitor the population density of vector species and are now analyzing the data.

Watts has been studying mosquitoes for nearly 40 years that began in 1977, and though his team hasn’t confirmed Zika in any of the locally and/or RGV collected mosquitoes, he isn’t surprised to hear about the first locally transmitted Zika case in Texas.

The Texas Department of State Health Services and Cameron County Department of Health and Human Services announced the state’s first case of Zika virus disease likely transmitted by a mosquito this week on Nov. 28.

There are no other cases of suspected local transmission at this time, but health officials continue to conduct disease surveillance activities as part of the state’s ongoing Zika response program.

“This tells us the virus (Zika) can be introduced and transmitted locally and could readily spread along the border corridor,” Watts said.

“Though our risk is low and the mosquito population is now being reduced because of the winter, we are always working to immediately detect any virus that is introduced into the El Paso community to alert the El Paso mosquito control personnel to stamp out the virus before it can spread and become established in the community.

This week the leader of CDC Zika Response Team in Texas reached out to these UTEP scientists to learn more about their research and surveillance data.

The request came after the Texas case was diagnosed and after the UTEP team presented talks on their mosquito and virus research during a border health meeting last week in El Paso.

The CDC is especially interested in UTEP’s findings because it will help to better understand just how well prepared the border region is for combatting Zika virus transmission.

“Our data could help in the fight against Zika if we find the disease early,” explained Watts. “I’ve always thought Zika would first concentrate around the southern border of Texas, which offers an ideal mosquito environment.”

It also provides bilingual preventive education to elementary school children with a uniqueoutreach program designed to help student understand how to avoid the bite of mosquitoes.

According to the Texas Department of State Health Services, as of November 25th, Texas has had 257 confirmed cases of Zika virus disease.

Until now, all cases had been associated with foreign travel, including two infants born to women who had traveled during their pregnancy and two people who had sexual contact with infected travelers.

Dr. Watts said, “We no longer have to wonder if the Zika virus containing mosquitoes will make their way to Texas, it is about how we use our collective research expertise and technology to combat it moving forward.”