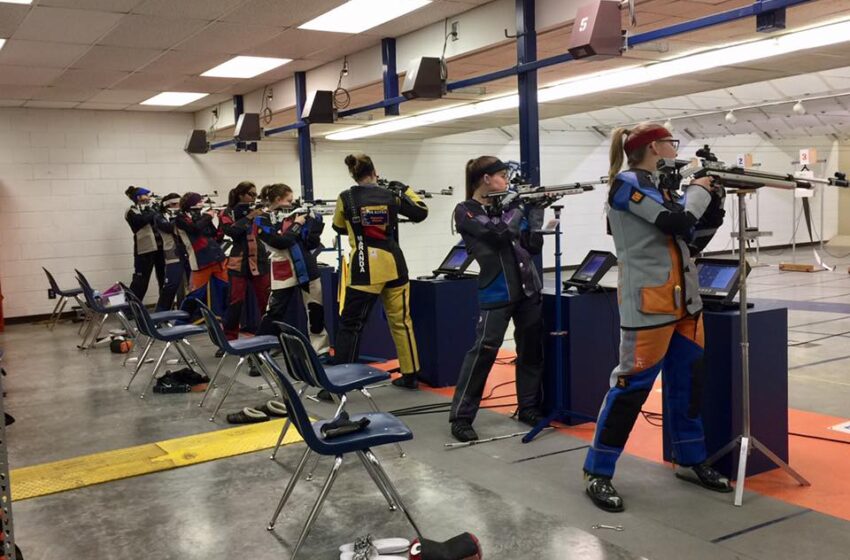 COLUMBUS, Ohio – The UTEP rifle team fired an aggregate of 4591 (13 points higher than its seasonal average) to claim sixth place during two days of competition at the Patriot League Championships.

The Orange and Blue tied their second-highest score (2342) of the campaign in air rifle while finishing at 2249 in smallbore.

UTEP competed in smallbore on day one of the championships. Rachael Schoenrock led the way with a team-high 574.

Mara Rouse rose to the occasion, firing a career-high 568. Her prior best was 566. Sophomore Maranda Nelson registered 557, which matched her third-highest career score.

The Miners turned their focus to air rifle on Sunday. Senior Jessica Kinder and Powell set the tone (592). The effort established a career-best for Kinder while ranking as the second-highest career score for Powell.

Monique was in good form with a score of 581. Rouse finished at 577 while Schoenrock  tallied 576. Nelson recorded a 574 while shooting as an individual.

UTEP will be back in action when it competes at TCU on Saturday.