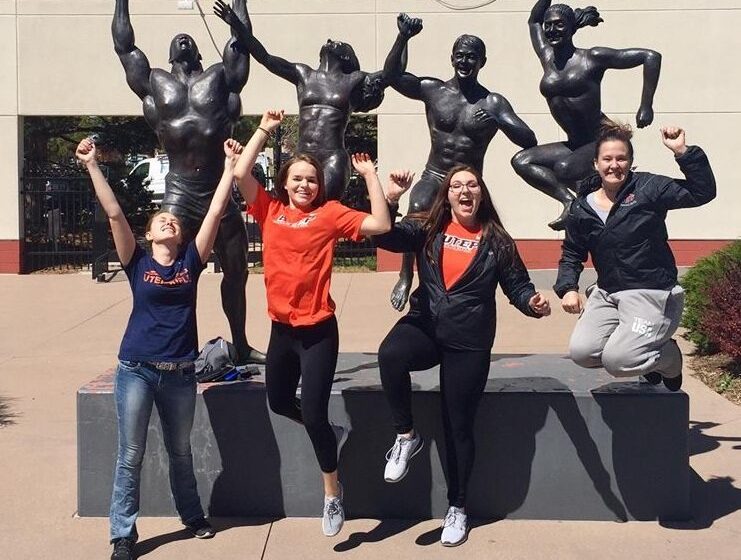 The Miners interacted with and shared the range with some of the best shooters in the sport, including 2016 Rio Olympics Women’s Air Rifle gold medalist Ginny Thrasher.

It marked the first such trip to the event for Rouse while Monique and Powell made their third and Nelson her fourth. The Miners performed admirably, placing three individuals among the top 75 (in a field of nearly 200) in the 10m air rifle.

In order to attend the Junior Olympics, athletes who are under the age of 20 (junior-aged athletes), must compete in a state junior Olympic Shooting championship match and receive an invitation to compete by meeting either an automatic score or win the athlete’s respective state title.

“It was very exciting to have all four of our junior aged athletes qualify and compete at the Junior Olympic Shooting Championships representing UTEP,” UTEP head coach Hannah Muegge said. “I’d like to thank our UTEP parents who came out and supported all of our athletes, in addition to those back home who followed along online. In the collegiate category, we definitely had one of the largest showings at this match. I could not ask for a better support system.”

Powell was exceptional, finishing in 14th place (out of a field of 180) in the 10m air rifle. She was particularly strong on the first day of action with her score (413) placing her eighth heading to the second day.

Monique represented the Orange and Blue in the smallbore. She recorded a score of 1120 to land in the upper-echelon of the field with a 31st-place finish. She also joined Powell in the 10m air rifle, tallying a total score of 804.8 to take 68th place.

Nelson was saddled with a rifle malfunction on the first day and had to borrow an air rifle for the second day. Despite the challenges she held her head up high.