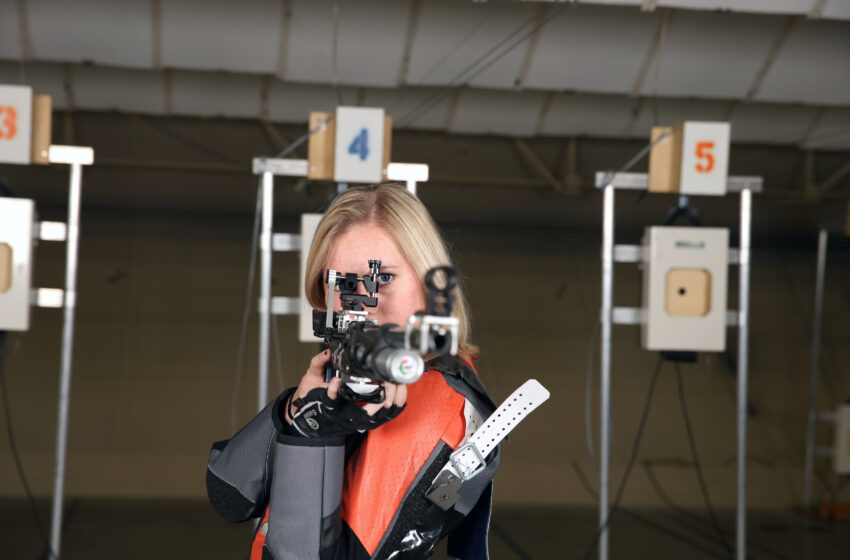 The UTEP rifle team registered an aggregate of 4583, aided by a season-high 2284 in smallbore, in a match-up with Ohio State (4661) at the UTEP rifle range Saturday.

The effort in smallbore is 13 points higher than the Miners’ score in the discipline in the campaign lidlifter.

Sophomore Jessica Boyce paced the squad with her second-best aggregate (1160) of her career. She matched her personal high (573) in smallbore while posting her second-best tally (587) in air rifle.

Mara Rouse posted the second-highest aggregate (1153) of her career. She tied her second-best score (573) in smallbore before adding 580 in air rifle.

Senior Maranda Nelson matched the second-best smallbore score (567) of her career. She followed that up with a campaign-high 579 in air rifle to conclude the match with an aggregate of 1146.

Freshman Morgahn Warner registered an aggregate of 1133, which was helped by a career-best 571 in smallbore. She recorded 562 in air rifle.

Freshman Josephine John turned in an aggregate of 1125, including a personal-high 556 in smallbore. She wrapped up the match with 569 in air rifle.

Sophomore Samantha Miller finished with an aggregate of 1122. She shot 559 in smallbore and 563 in air rifle.

UTEP will be back on the range against the Buckeyes at 8:30 a.m. MT Sunday. Admission is free. For individuals unable to make it out to the range, there will be live stats of all lanes shooting available online.