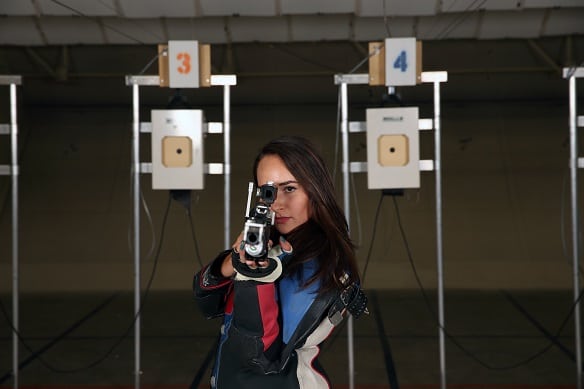 The UTEP rifle team will begin its 2018-19 season when it competes at TCU Sunday. It is the first of 13 matches (including tri-angular meets) on the fall portion of the slate, while also marking the start of the Austin Litherland era.

“I’ve pushed these girls for the last three weeks,” Litherland said. “They have shown me how hard workers they are and how dedicated they are. I’ve seen improvements to their scores, and the team dynamic is really good. We’re excited to go shoot against TCU this weekend.”

Boyce shot both disciplines in all 12 matches for the Miners last year, ranking second on the team in average for air rifle (581) while sharing second in aggregate (1144). Miller posted averages of 553 in smallbore and 572 in air rifle for an aggregate average of 1125 as a freshman.