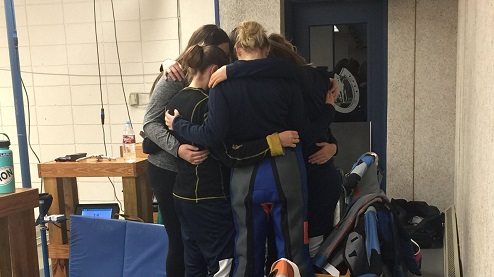 Murray, Ky.- The UTEP rifle team fired its highest aggregate score (4626) since the 2011-12 season, aided by tying the eighth-best smallbore score (2309) in program history, in its victory against UT-Martin (4598) Saturday. The match was hosted by Murray State.

UTEP started the match with smallbore, where it excelled across the board. Five Miners set career highs while another matched her personal best to help UTEP crack the school’s top-10 smallbore recordbook. Additionally it is the highest score in the discipline since the 2011-12 campaign.

The Miners added a team score of 2317 in air rifle, including another personal high, to wrap up an outstanding day on the range.

“For a coach, it’s very rewarding to watch the team come together and perform as a unit. We had a great day in smallbore with match highs across the line,” UTEP head coach Hannah Muegge said. “The team has been working hard fine-tuning their positions in practice and today’s match reflected that. We’re looking forward to making a few corrections in air rifle and building on today’s performance.”

Sophomore Bailey Powell finished tied for the best score on the range with a career-high tying aggregate of 1168. She shot a career-best 579 in smallbore while firing a 589 in air rifle.

Junior Maranda Nelson notched a career-high aggregate of 1152, helped by a personal-best 575 in smallbore. She added a 577 in air rifle.

Freshman Jessica Boyce finished with an aggregate of 1150, including matching her career high in smallbore (568). She then shot a 582 in air rifle.

Sophomore Abby Monique registered an aggregate of 1149, which was helped by her career-best 581 in smallbore. She recorded a score of 568 in air rifle.

Sophomore Mara Rouse posted an aggregate of 1143, including establishing a career-high 574 in smallbore. She posted a 569 in air rifle.

Freshman Samantha Miller enjoyed a career day across the board, securing personal bests in aggregate (1140), smallbore (567) and air rifle (573).

UTEP will be back in action when it ventures to the “Buckeye State” for two days of competition on the first weekend of November. The Miners will face Murray State on Nov. 4 while sharing the range with the host Buckeyes on Nov. 5.