The UTEP rifle team fired its best aggregate score (4617) in five years while competing alongside Nevada (4644) in its home opener Saturday. The Miners finished at 2269 in smallbore before enjoying the fourth-best air rifle score (2348) in program history. The Wolf Pack concluded with respective discipline scores of 2292 and 2352.

“We put up a good performance at our match today with Nevada at home,” UTEP head coach Hannah Muegge said. “I’m proud of the progress that we’ve made from last weekend at Nevada, especially in air rifle. This is where we should be. Our sport is a balance of two events, air rifle and smallbore, and that is what we will need to work on next week during our upcoming bye week.”

Senior Rachael Schoenrock led the way with the top aggregate (1169) among all shooters on the range, which also tied as the third-highest effort of her career. Her smallbore (580) tied as the best on the day with Nevada’s Mitchell Van Patten. She registered the second-best air rifle score (589) by any performer Saturday, in addition to ranking second in the discipline for her career.

Sophomore Haylee Schoenrock posted an aggregate of 1133 to improve upon her effort from the season opener. She shot 573 in air rifle and 560 in smallbore.

Senior Jessica Kinder was called upon to compete for the team in air rifle, and she delivered in a big way with the second-best total (588) of her career.

Sophomore transfer Maranda Nelson made personal progress in smallbore (557-seven points better than last week) while also gaining competitive experience in air rifle with a 564 to wrap up the day with an aggregate of 1121.

Senior Monthserrat Serna also got to get in some work in the high-pressure setting of match day. Her efforts on the practice range paid off as she tied her third-best effort (567) in air rifle of her career.

UTEP will use its bye week to fine-tune its skills before returning to action in a tri-angular meet at Air Force on Oct. 22-23. Nevada will also compete in the two-day event. 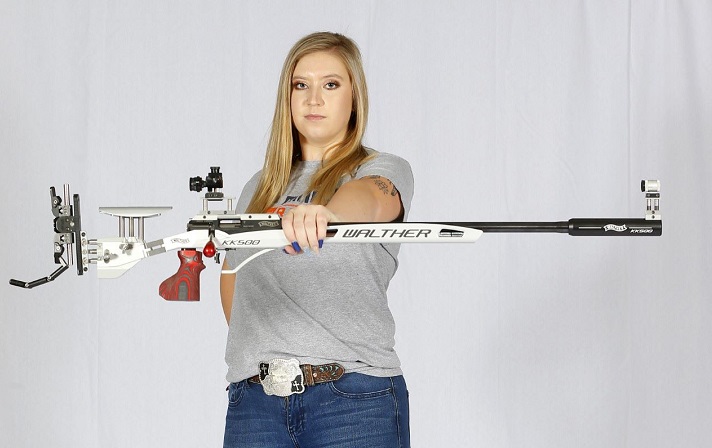