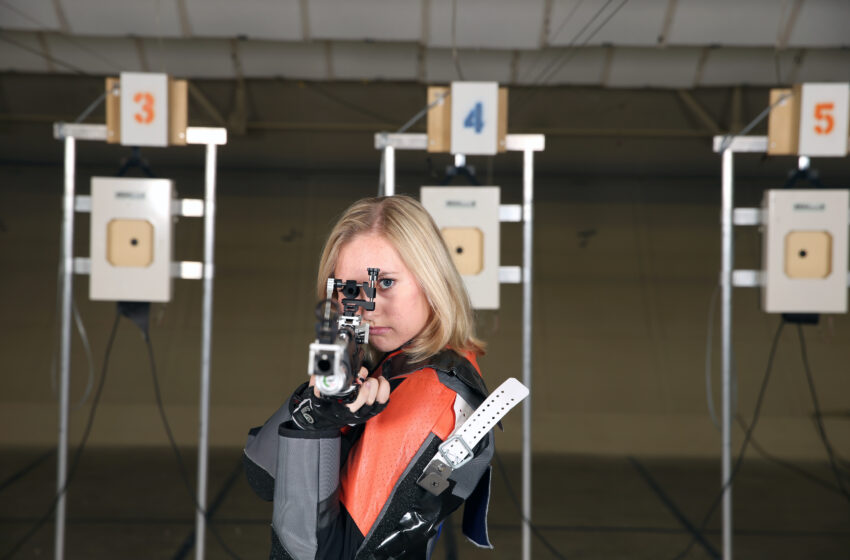 FT. WORTH – The UTEP rifle team registered its best season-opening aggregate (4589) in seven years in a setback at TCU (4708) on Sunday. The Miners finished with 2271 in smallbore and 2318 in air rifle in head coach Austin Litherland’s debut with the Orange and Blue.

Overall it marks the third-highest score in a campaign lidlifter by the by Miners since the current scoring system came into place for the 2004-04 season. UTEP fired an aggregate of 4600 against Columbus State and Nevada on Sept. 24, 2011, while previously tallying a readout of 4597 at Alaska-Fairbanks on Sept. 26, 2008.

“Today’s score was definitely a team effort overall,” Litherland said. “They showed me tremendous progress. In this sport we ask for perfection, and we learned today what we need to adjust to advance towards that perfection.”

Sophomore Jessica Boyce enjoyed a career day across the board to lead the way for the Miners. She established personal highs in smallbore (573), air rifle (589) and aggregate (1162). Boyce’s aggregate marked the fifth-highest total by any shooter on the range Sunday.

The Miners will be back in action when they play host to Ohio State in their home opener at 8:30 a.m. MT Saturday. UTEP and the Buckeyes will also share the range starting at 8:30 a.m. MT Sunday, Sept. 30.