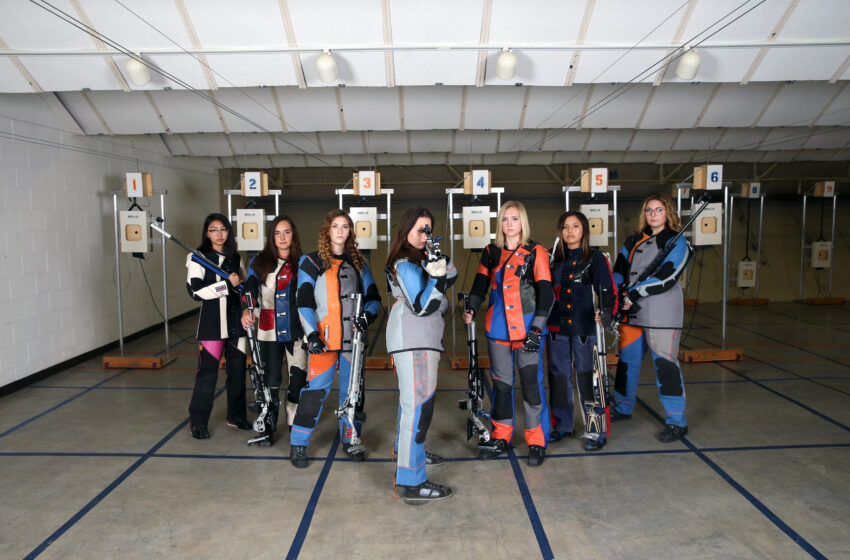 The UTEP rifle team will take part in the two-day Patriot Rifle Conference Championships on the campus of Alaska-Fairbanks Saturday and Sunday.

The smallbore portion of the competition will be contested Saturday, with the air rifle discipline slated to be shot on Sunday.

“Tomorrow is a day we will compete against all teams within the Patriot Rifle Conference,” UTEP head coach Austin Litherland said. “Today we are relaxing and focusing in on the next two days of competition. I’m excited to see what the team does tomorrow and look forward to seeing the other teams.”

In terms of individual performance at the conference’s pinnacle event, Amy Bock set the standard for both smallbore (583) and aggregate (1160) in 2016. Bailey Powell and Jessica Kinder hold UTEP’s mark at the championships in air rifle (592), which happened in 2017.

Regarding the current Miners, Maranda Nelson and Mara Rouse will each be shooting at the event for the third time while it will be the second appearance for both Jessica Boyce and Samantha Miller.

The championships will be held at the Alaska Airlines Court in the Patty Center, with the first of two relays beginning each day at 12 p.m. MT. The finals for smallbore will commence at 4:45 p.m. MT Saturday while air rifle finals will get underway at 4 p.m. MT Sunday.

The two-day event will be free and open to the public and will be livestreamed on the Alaska Nanooks Stretch Internet Portal.