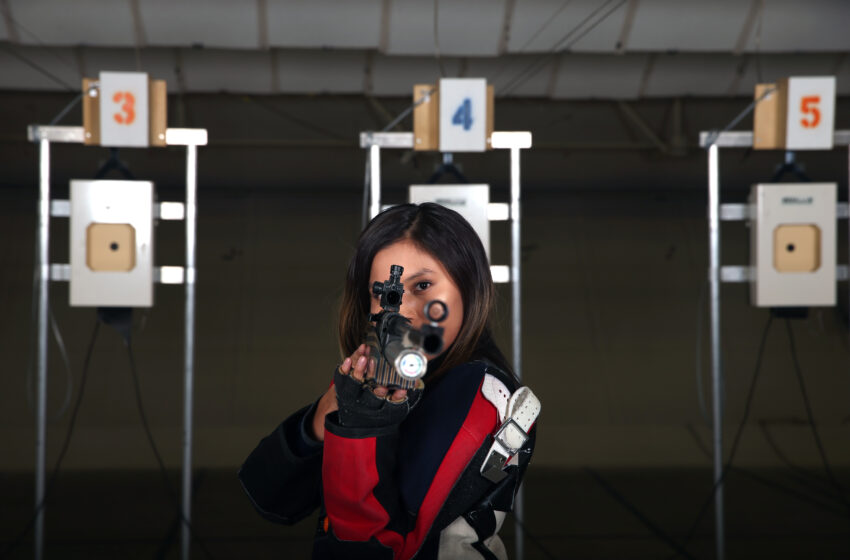 The UTEP rifle team will return home to challenge Alaska-Fairbanks at 8:30 a.m. MT Thursday. The match will be held at the UTEP rifle range, which is located inside the Military Sciences Building, and admission is free.

The Miners are coming off a season-high aggregate (4611) at Ohio State on Nov. 10. In fact, the Orange and Blue have surpassed 4600 in back-to-back matches for the first time in two years.

“We are really excited for Alaska Fairbanks coming down to compete,” UTEP head coach Austin Litherland said. “The team’s motivation and confidence after Ohio State is still strong. Even with two matches left (in the fall) we haven’t lost focus of our goals.”

Sophomore Jessica Boyce leads the team in averages for air rifle (583) and aggregate (1152), while sharing the top average in smallbore (569) with freshman Morgahn Warner. Boyce’s aggregate average (1152) is eight points higher than her average (1144) from her freshman campaign.

Warner shares second on the squad in both aggregate average (1144) and smallbore (569). She has fired an aggregate of at least 1160 in consecutive matches for the first time of her career.

Senior Maranda Nelson checks in with an aggregate average of 1139. That figure is helped by back-to-back totals of at least 1140 for the first time this season and second occasion of her career.

Sophomore Samantha Miller enters the weekend with an aggregate average of 1135, which is 10 points better than her average (1125) as a freshman. She has eclipsed 1140 in aggregate in three consecutive matches. She had one such effort (1140) before the recent surge.

Freshman Josephine John enters the match on the heels of a career-best aggregate (1134) at Ohio State on Nov. 10. Aiding that score was a personal-high 562 in smallbore.

For fans unable to make it to the match, there will be live stats available online.