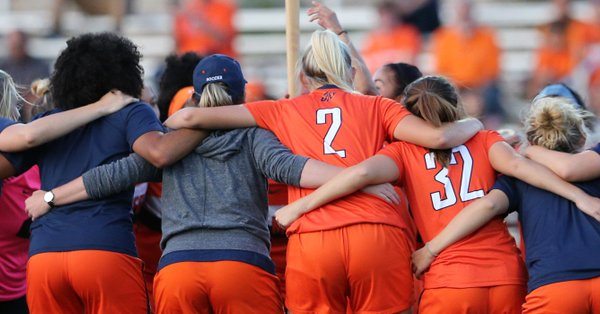 Cayla Payne (12’), Kennadie Chaudhary (19), Anna Jimmerson (23’, 29) and Aylin Villalobos (42’) found the back off the net in the first half to give UTEP a 5-0 lead at the break. Lauren Crenshaw (50’), April Pate (73’) and Danielle Carreon (80’) all scored in the second half. Vic Bohdan (two), Kori Lewis, Dynastee Cain and Crenshaw each were credited with assists. Alyssa Palacios (three) and Cain (two) combined to make five saves for the shutout.

The Miners (4-5) have now peeled off four consecutive victories and close out non-conference play in style thanks to the effort against the Cowgirls (0-3-1).

“We told them to play it like a championship match,” UTEP head coach Kevin Cross said. “We started strong and got to use the whole roster, which was real good experience for us. I feel real good about the team. The chemistry has come together. It feels a whole lot better.”

In the second minute UTEP earned a corner kick and got a high-floating shot from Lewis as result but NMHU GK Brianna Ruelas made the save.

The Miners got on the board in the 14th minute. Bohdan made a tremendous run up the left wing and was able to turn the corner and bear down on Ruelas. To her credit Ruelas came up with the save but before she could grab the rebound Payne hammered it into the back of the net.

Off the kickoff NMHU headed up the pitch and registered its first shot on goal of the game but Palacios turned away the try by Breanna Fatten.

UTEP pushed its lead to 2-0 in the 19th minute thanks to a beautiful sequence of soccer. Bohdan possessed the ball and sent it to Lewis, who immediately played it to a cutting Chaudhary. Chaudhary took one touch and then laced the shot into the lower, right corner of the net.

Just three minutes later the Miners were at it again. A bouncing ball in the box was controlled by Jimmerson, who unleashed a rocket toward the net. It deflected off a defender but still ended up into the back of the net. Jimmerson was just getting started, though, as she scored perhaps the prettiest goal of the year in the 29th minute. Crenshaw fed her a ball into the box and she used a back-heel one-timer to redirect the ball past a frozen Ruelas.

Villalobos made it a 5-0 game when she sent a laser of a shot into upper 90’s country off a free kick in the 42nd minute.

Early in the second half Jimmerson was taken down in the box and the Miners were awarded a penalty kick. Crenshaw calmly stood over the ball and buried it into the lower, right corner of the box.

Cross emptied his bench and UTEP, armed with the six-goal lead, was content to possess while only attacking after stringing together several passes. One such situation arose in the 73rd minute when Cain flicked on a pass toward Pate. She controlled it and then unleashed a low, hard shot that ended up in the lower, right corner of the net to afford.

A giveaway in the 80th minute led to a golden opportunity for Carreon, who had an empty net. She knew what to do with it, easily burying the chance.

The Miners will now turn their attention to their 10-game Conference USA slate which kicks off at Southern Miss at 12 p.m. MT Sunday.