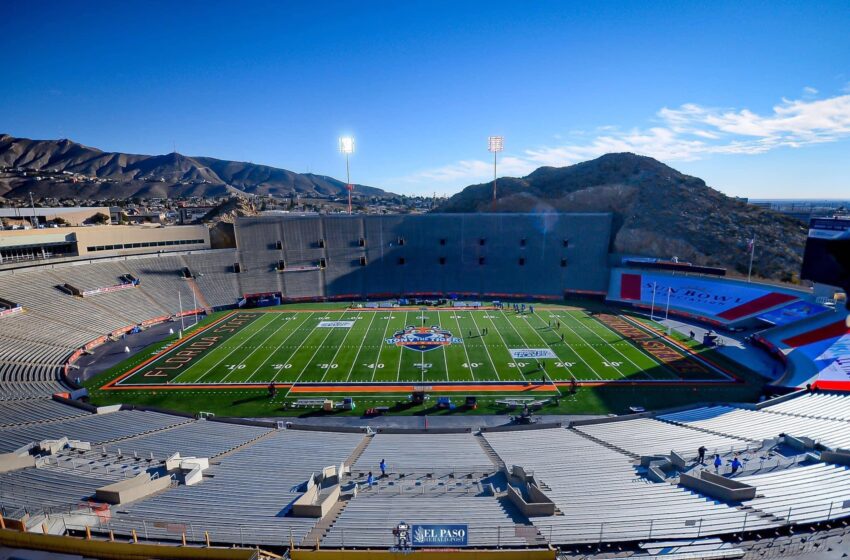 Late Tuesday afternoon, officials with UTEP announced that the Miners’ football game against North Texas, originally scheduled for Saturday, October 31, has been postponed.

“The teams are working together to reschedule the game, and Conference USA will assist both teams with the schedule change,” university officials shared.

Officials add that all tickets for the originally scheduled matchup will be valid for the rescheduled game date.  Fans with any questions can call the Eisenberg Family Ticket Office at (915) 747-UTEP or email tickets@utep.edu.

“We are disappointed that North Texas has chosen not to come to El Paso for the football game this weekend.

“We have a safe place to play and no players who are sick or in isolation, and North Texas has not indicated that any of their players are ill. We made the decision earlier today not to allow fans in the stadium.

“We are proud of the diligence that our student-athletes, coaches and staff have shown to put us in a position to play every week.

“We look forward to further discussions with Conference USA and North Texas on whether or when this game will be rescheduled.”

Earlier in the day, both Wilson and Director of Athletics Jim Senter had announced that UTEP’s football game against North Texas this Saturday, October 31st would be been played with no fans in attendance.

“Miner fans have been terrific in following best health practices at our football games,” Wilson said.  “They have been doing the right things – wearing masks, social distancing, staying in assigned seats combined with a reduced seating capacity has kept everyone safe.   At the same time, the disease levels around us are high, and, in support of El Paso’s efforts to keep people home, we have decided not to allow fans at Saturday’s game.”

Athletic Director Jim Senter added, “Student-athlete infections have been nearly non-existent due to their diligence in following the recommended safety protocols and the frequency of testing.  While we believe that our department and our fans have followed all of the best practices to ensure a safe experience, the disease is at very high levels around us.  We understand El Paso’s desire to encourage people to stay home this weekend.”

Had the game been played, only coaches, student-athletes, support staff, officials, medical personnel and media with a working function at Saturday’s game will be permitted into the Sun Bowl.

Decisions on fan attendance for future games will be evaluated on a week-to-week basis.